Win streak snapped as Titan fall to Wildcats in shootout 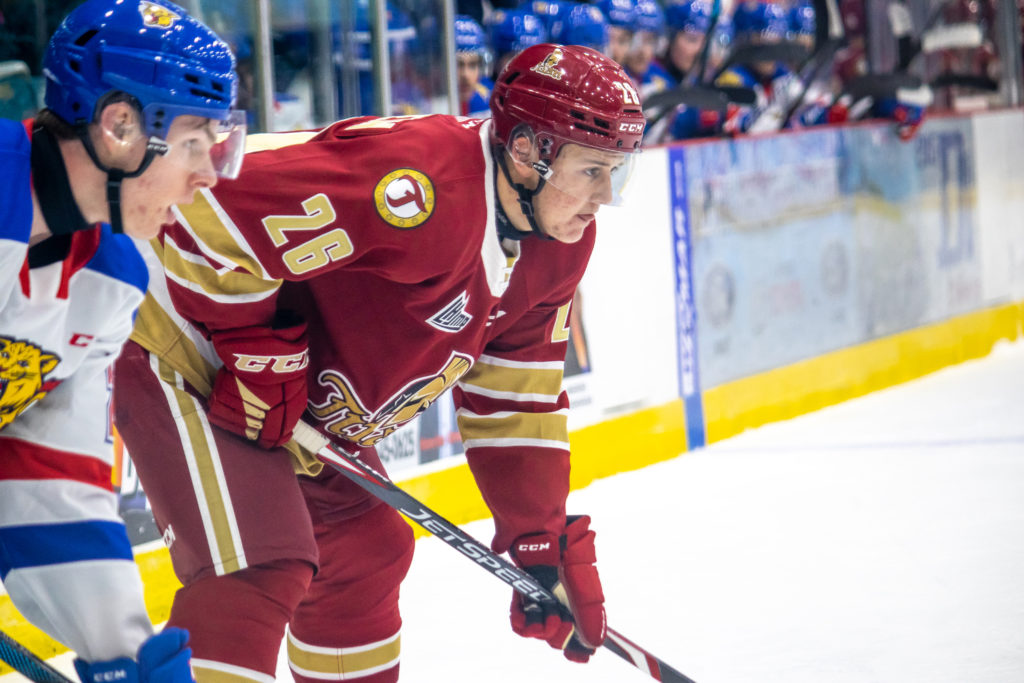 BATHURST – The Acadie-Bathurst Titan saw their five-game winning streak come to an end at the hands of the Moncton Wildcats on Saturday evening. Moncton edged the home team 4-3 in a shootout at the K.C. Irving Regional Centre to improve to 3-2-0-0. The Titan are now 5-0-0-1.

Titan captain Logan Chisholm opened scoring on the powerplay a little over one minute into the first period to give Acadie-Bathurst the 1-0 lead early on. The home team held the lead until midway through the second period when Nicolas Pavan put the first points on the board for Moncton at 9:54 to tie the game 1-1.

Cole Huckins ended the tie as quickly as it began with a pair of goals at 10:01 and 10:09 in the second to pull away 3-1. With 16:51 left in the period Brooklyn Kalmikov scored Moncton’s second goal of the night to close the gap 3-2. Midway through the final frame Mathis Cloutier tied the game for the Wildcats, which forced overtime. After a scoreless extra frame, Kalmikov netted the shootout winner for the Wildcats.

Huckins finished with three points to earn first star honours while Ben Allison was named the second with two assists. Wildcats forward Mathis Cloutier was the third star of the game.

The Titan are back on home ice Sunday afternoon when they host the Charlottetown Islanders at 3pm.