Voyer and Robert lift Phoenix to big win over Titan 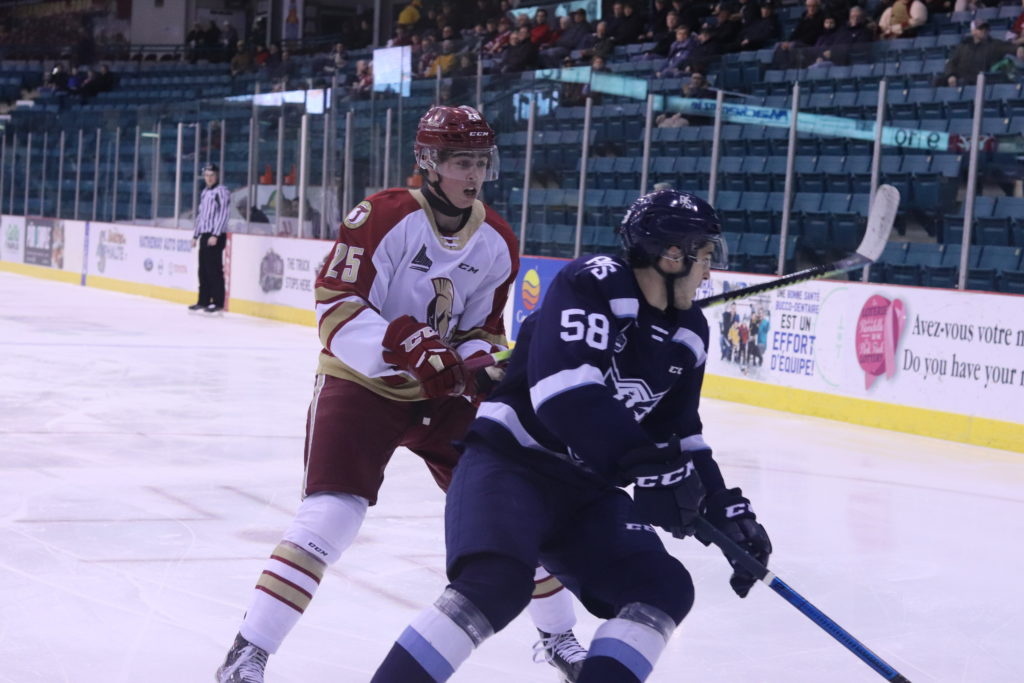 BATHURST – Making their only visit to the Chaleur region this season, the Sherbrooke Phoenix visited the K.C. Irving Regional Centre to take on the Acadie-Bathurst Titan Monday night. Coming in on the end of a three-in-three the Phoenix understandably started slow but they would ultimately come out on top against a young Titan team.

It was the Titan that got on the board first with Riley Kidney jamming the puck passed Thomas Sigouin for his fifth of the season. The powerplay marker came at 8:55 with assists to Mathieu Desgagnes and Cole Huckins. Sherbrooke tied the game at 15:53 on a goal from Patrick Guay. Before the end of the period the Phoenix would add two more to their total to take a 3-1 lead after one. Alex-Olivier Voyer and Charles-Antoine Roy were the goal scorers.

Alexis Dube found the back of the net for the second time in as many games putting a wrap around through the legs of the Sherbrooke netminder and cutting their lead to one. Kidney picked up a helper on the player along with Bennett MacArthur. The Phoenix once again responded with a pair of goals in the later stages of the period as Voyer and Julien Anctil extended the score to 5-2 through 40 minutes of play.

10 seconds into the final frame Felix Robert netted his 28th of the year to push it to 6-2 but Cole Huckins would respond just 1:51 later receiving a pass from Jeremie Jacob as he split the defencemen and beating Sigouin on the backhand to make it a three-goal game. Voyer completed his hat trick at 3:29 to push it to 7-3 before Huckins got his second of the game at 8:37 on the man advantage. Powerplay goals from Felix Robert and Gregory Kreutzer rounded out the scoring as the Phoenix skated to a 9-4 win.