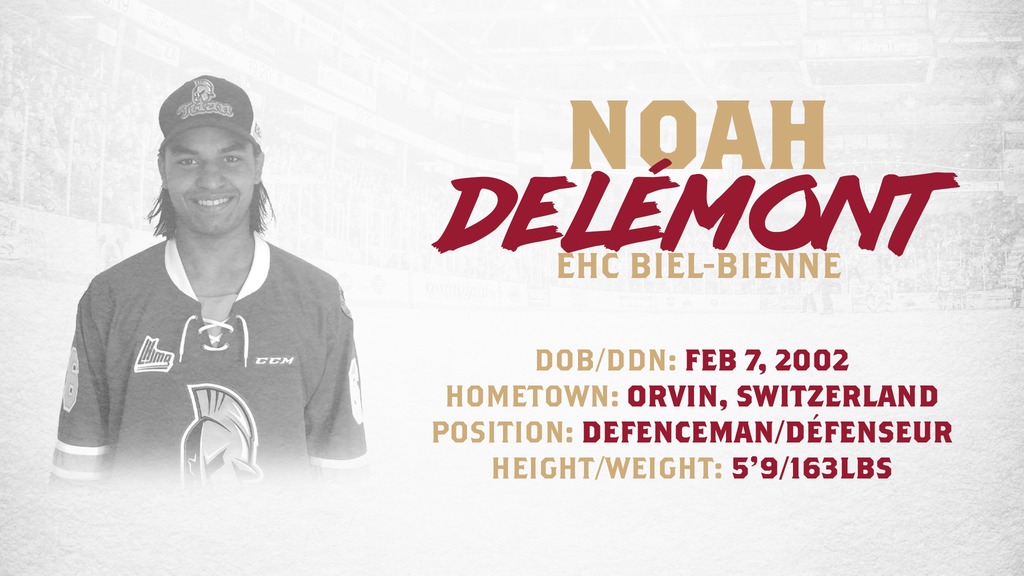 Noah Delémont, a 17-year-old from Switzerland, was the teams selection. The five-foot-nine, 163-pound blue liner played for the EHC Biel-Bienne U20 team last season as a 16-year-old and posted 19 points in 39 games. Prior to that he spent the 2017-18 season with Biel-Bienne’s U17 team where he was team MVP with 39 points in 24 games helping his team win the U17 league championship. Delémont is eligible for the 2020 NHL Draft.

In seven games with Switzerland at the Under-18 World Championship Delémont registered three points while also serving as an assistant captain. He also represented Switzerland at the Hlinka Gretzky Cup where he was held pointless in four games.