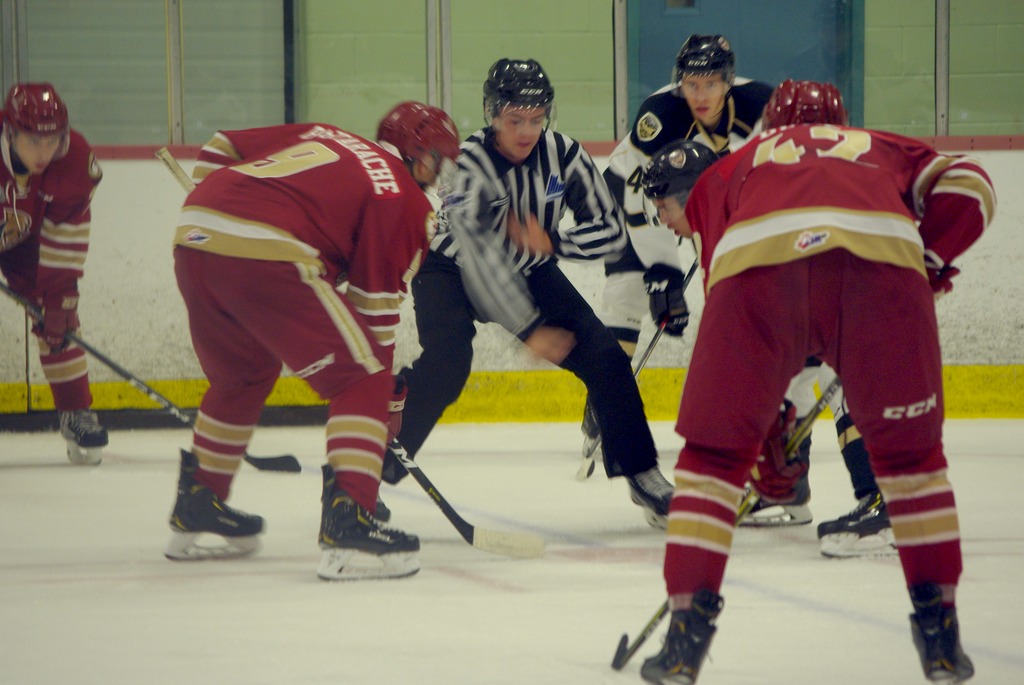 CORNWALL, P.E.I. – The Acadie-Bathurst Titan went up against the Charlottetown Islanders Saturday afternoon in what was their second meeting of the week. Wednesday night the two sides battled it out in Lameque, New Brunswick with the Titan coming out on top 5-2.

It was a similar story this time around as the Islanders got the upper hand early before giving up their lead. Justin Gill opened the scoring 1:19 into the game giving the home side a 1-0 edge. The score would remain unchanged until late in the second period when the Titan got some offence going.

Anderson MacDonald potted his first of the pre-season assisted by Shawn Element at with 1:52 to go in the frame to even it up 1-1. A little over a minute later Michael Oliver found the back of the net to put the Titan in front. Mathieu Desgagnes and Logan Chisholm got the helpers. The second period ended with the visiting team ahead still ahead by one and outshooting the Islanders 35-13.

Charlottetown wasn’t done yet though. Max Chisholm scored on a scramble in front of Felix-Anthony Ethier to even it up 2-2. Nicolas Kingsbury-Fournier broke the tie at 13:18 on a great pass by Cole Huckins to restore Acadie-Bathurst’s one-goal lead. Tristan Roy also got an assist on Kingsbury-Fournier’s third of the pre-season. The Islanders pulled the goaltender in the final minute but Evan MacKinnon quickly scored to seal a 4-2 Titan victory. The empty net tally was assisted by MacDonald and Element. Between the pipes newly acquired Tristan Berube got the start and made eight saves on nine shots before Ethier took over at the midway mark and turned aside 13 of 14 shots he faced.