Titan pick up another point in overtime loss to Armada 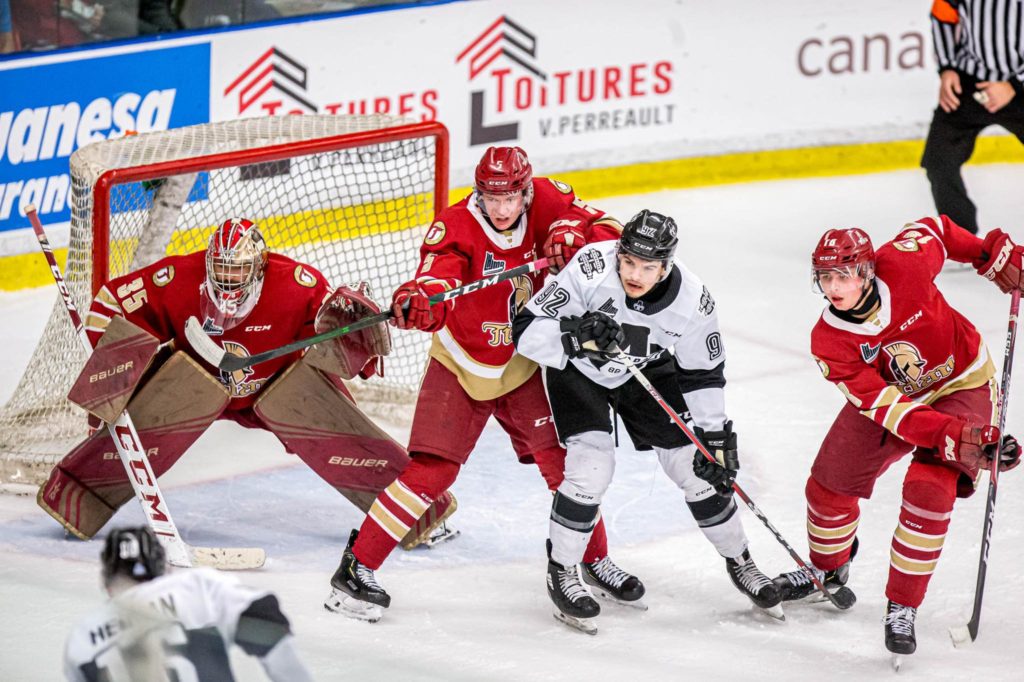 In his 200th career game against the team that drafted him in 2015 Remy Anglehart opened the scoring 3:18 with a powerplay goal. His 29th of the season was assisted by Mathieu Desgagnes and Yan Aucoin. The Armada responded later in the frame with a powerplay goal of their own as Benjamin Corbeil tied it up 1-1 at 15:30.

Another powerplay goal at 12:57 of the second period gave the home team a 2-1 lead with Simon Pinard scoring his 25th of the campaign. The Armada would carry the 2-1 lead into the third period however the Titan wasted no time evening things up in the final frame. Logan Chisholm’s pass attempt hit a skate in front of the net and beat Emile Samson to tie the game 1:24 in. Cole Larkin picked up the lone helper on the play. Less than two minutes later Mark Rumsey fired a wrist shot off the post and in to give the Titan a 3-2 lead with assists to Cole Stewart and Maxime Rioux. A slashing call to Harijs Brants at the 3:35 mark gave the Armada a golden opportunity to even the score and they took full advantage. Simon Pinard netted his second of the game 1:10 into the man advantage to make it 3-3. Still tied after 60 minutes of play, we would need overtime.

The Titan found themselves in the extra frame for the fifth game in a row and for the second straight game they came out on the losing end. Miguel Tourigny scored 2:58 into overtime to secure the extra point for Blainville-Boisbriand. Despite the loss, the Titan had a successful road trip picking up four of a possible six points.