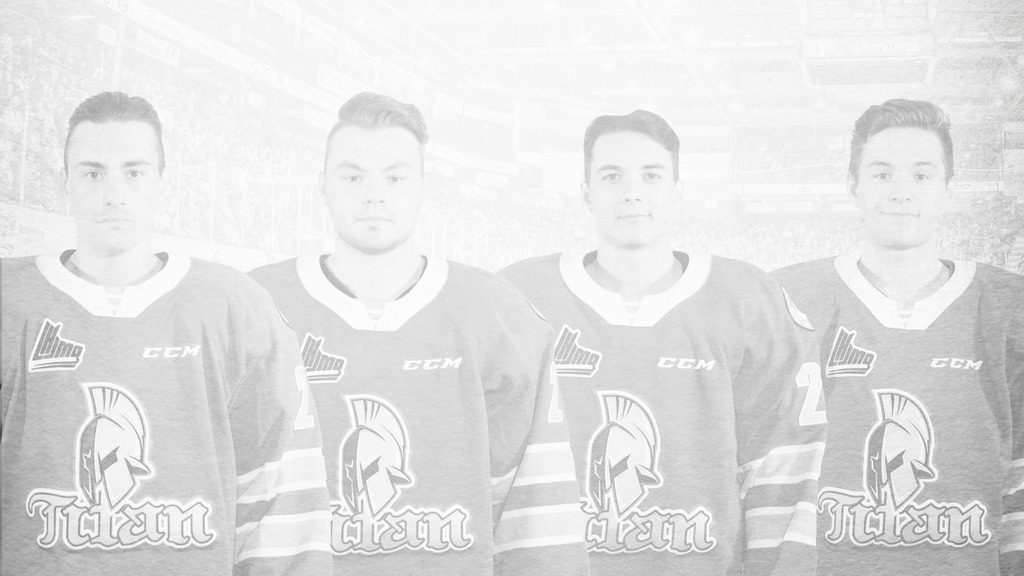 BATHURST – The Acadie-Bathurst Titan have named the leadership group for the 2019-2020 season. Shawn Element has been chosen as the team captain while Yan Aucoin, Mathieu Desgagnes, and Evan MacKinnon will serve as the assistants.

Element, 19, was acquired via trade in June prior to the 2019 QMJHL Draft after posting 33 points in 65 games with the Baie-Comeau Drakkar last season. A former 10th overall pick of the Drakkar, Element has amassed 68 points in 192 games over the course of his three-year QMJHL career.

Aucoin, 20, also came over from the Drakkar in a pre-draft trade and had 22 points in 67 games. The product of L’Étang-du-Nord, Quebec is entering his fifth season in the QMJHL and his first with the Titan. A second-round pick of Baie-Comeau in 2015, Aucoin has a total of 64 points in 272 career games.

Desgagnes and MacKinnon, both 19, were members of the 2018-19 roster. Desgagnes spent the first two-and-a-half seasons of his career with the Chicoutimi Sagueneens before being acquired by the Titan last year over the holidays. The 2016 second round pick of the Sagueneens has 55 points in 150 career games thus far. Mackinnon, a former first round pick of the Rouyn-Noranda Huskies, has played for three teams over the course of his time in the league. He started with the Huskies before being traded to the Sherbrooke Phoenix in the middle of the 2016-17 season. He spent a season and a half in Sherbrooke before being dealt to Bathurst last off-season. The Sackville, Nova Scotia native has totalled 62 points in 194 career games.