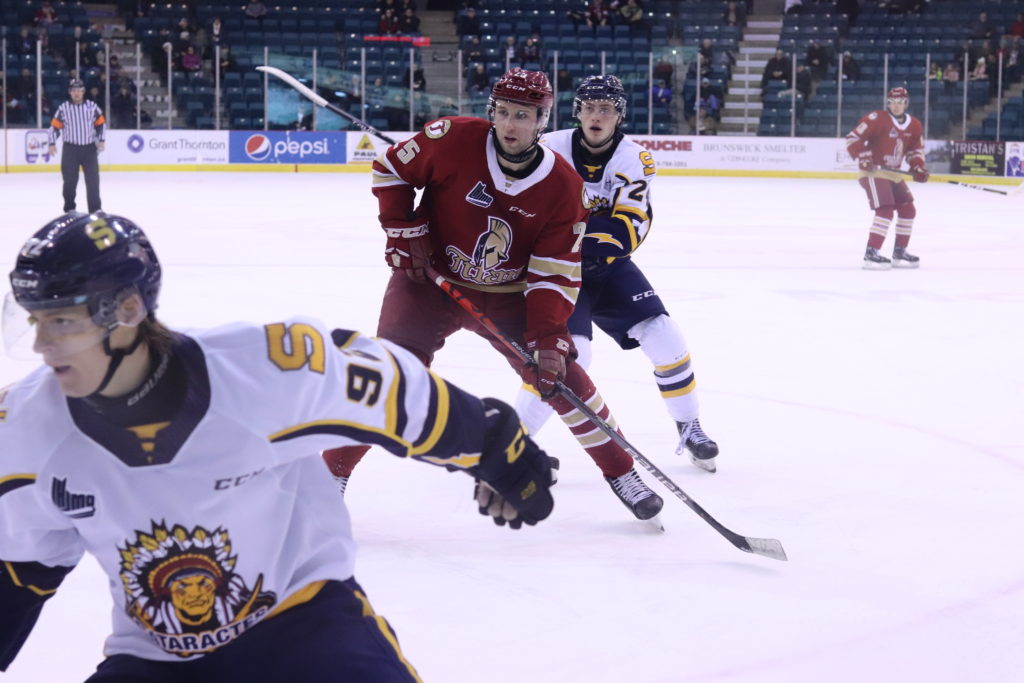 BATHURST – The Acadie-Bathurst Titan took on the Shawinigan Cataractes for the first time this season Sunday afternoon. Both teams were entering their third game in four days.

After a slow start the Titan were able to get on the board first. Cole Huckins took a big hit at the blue line but was able to slide the puck to Riley Kidney and he found Anderson MacDonald who one-timed the puck past the Cataractes netminder for his 11th of the season. 30 seconds later Huckins got a goal of his own as the puck slid past Justin Blanchette and into the net giving the home team a 2-0 lead. Jeremy Martin would get the Cataractes to within one at 15:22 and the Titan held a 2-1 lead after the first period of play.

The Cataractes wasted no time tying the game in the second period as Martin potted his second of the game 54 seconds in. Vasily Ponomarev would add another for the visitors at 12:32 to give them a 3-2 lead after 40 minutes. Kirill Nizhnikov and Charles Beaudoin found the back of the net for Shawinigan to give them a 5-2 edge heading into the later stages of the game. Anderson MacDonald added his second of the game with under a minute remaining cutting it to 5-3 but that was as close as the Titan would get. Evan MacKinnon picked up the lone helper as the Titan fell 5-3.