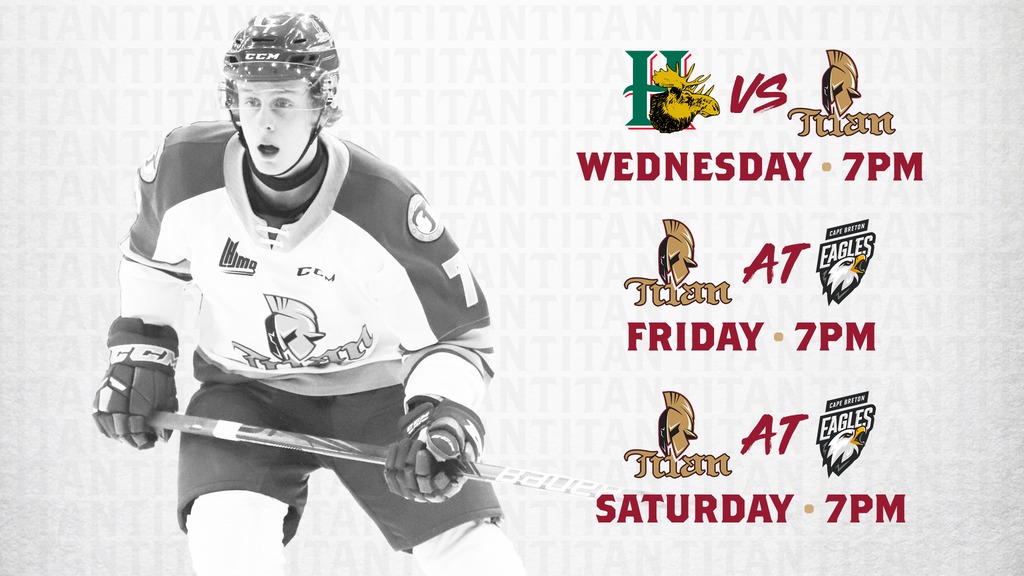 The Acadie-Bathurst Titan will try to put the brakes on a four game losing skid this week with three games in four nights. The Titan, who lost games to Victoriaville, Sherbrooke and Blainville-Boisbriand last week; enter action this week 16 points out of a playoff spot with an 8-31-3-4 record.

They’ll open the week at home against the team they are trying to catch in the playoff race before heading to Nova Scotia for back to back games against the hottest team in the Quebec Major Junior Hockey League right now.

Last year’s Memorial Cup finalists, the rebuilding Mooseheads have dropped to ninth place in the Eastern Conference with an 18-24-2-1 record.  With just three wins in their last 14 games, dating back to mid-December, Halifax is in danger of falling out of the post-season race themselves and now sit just three points behind the Gatineau Olympiques for the final playoff spot.

The Mooseheads have had their best success this season against the Titan though; winning all five of their meetings with Acadie-Bathurst so far, that includes a 3-2 victory in Halifax earlier this month.

With a lineup that now features former Titan Captain Shawn Element, who was traded to Cape Breton on Dec. 27; the Eagles have won nine of their last 10 games to soar to fifth in the league’s overall standings with a 28-4-2-1 record.  Cape Breton is actually 11-1 with Element in their lineup, and he has 10 goals and four assists in 12 games with his new team.

Head-to-head this season the Eagles have won three of four games against the Titan, including a 4-3 victory at Centre 200 in Sidney, N.S. on January 3.