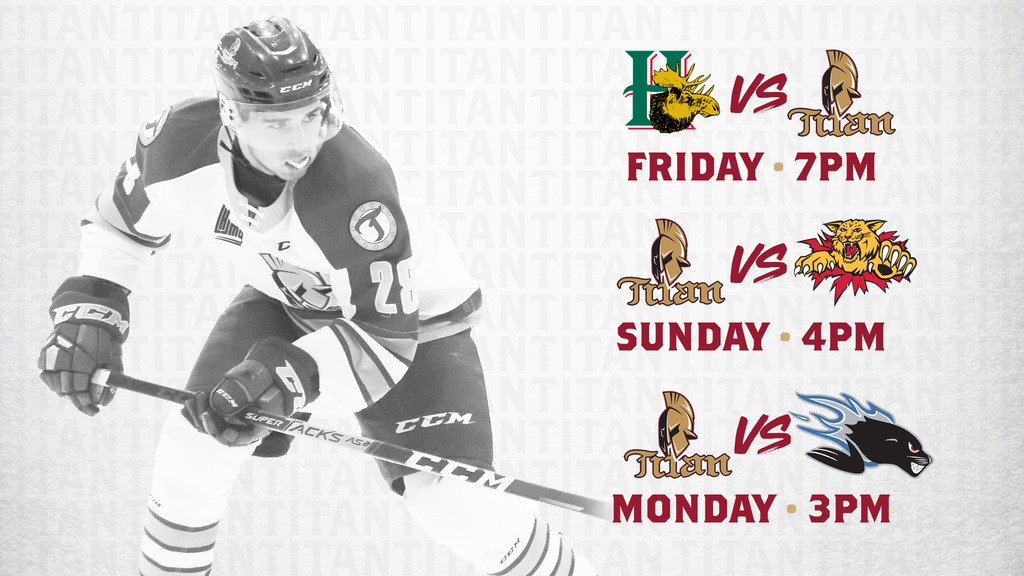 The Acadie-Bathurst Titan will face off against some familiar opponents this long holiday weekend as they try to put an end to a five game losing streak and pick up their 10th victory of the season in the process.

To do so, the Titan will need to find a way to cut down on their goals against after allowing an average of more than six goals a game in three losses over the last week to Victoriaville, Saint John and Sherbrooke. Overall this season, Acadie-Bathurst have allowed a league high 230 goals against for an average of 4.42 goals allowed per game.

With a 9-36-3-4 record, the Titan will open the weekend at home on Friday, before heading south to face off against provincial rivals on Sunday and Monday.

After making several moves over the holiday trade period, that were designed to help the Mooseheads down the road, Halifax has plummeted in the standings and now sit outside the playoff race with an 18-28-3-1 record.

Although Halifax has won five out of six meetings with the Titan this season, Acadie-Bathurst won the most recent battle between the two teams by a score of 4-2 on Jan. 29 at the K. C. Irving Regional Centre in Bathurst.

The Wildcats have won nine of their last 10 games, and have points in their last 11, and now sit first in the Eastern Conference with a 37-12-1-0 record. That is in no small part due to the Quebec Major Junior Hockey League’s stingiest defence, with Moncton allowing just 127 goals against through their first 50 games.
Moncton owns a 6-1 record in head-to-head meetings with the Titan this season, including a 7-0 victory in their last meeting with Acadie-Bathurst on New Year’s Eve.

The Titan and the Sea Dogs will face-off in a Family Day matinee at TD Station in the Port City. It will be the seventh meeting of the season between the two clubs, and the second in just over a week, with Saint John winning six of those games including a 7-5 decision at TD Station on Feb. 9.