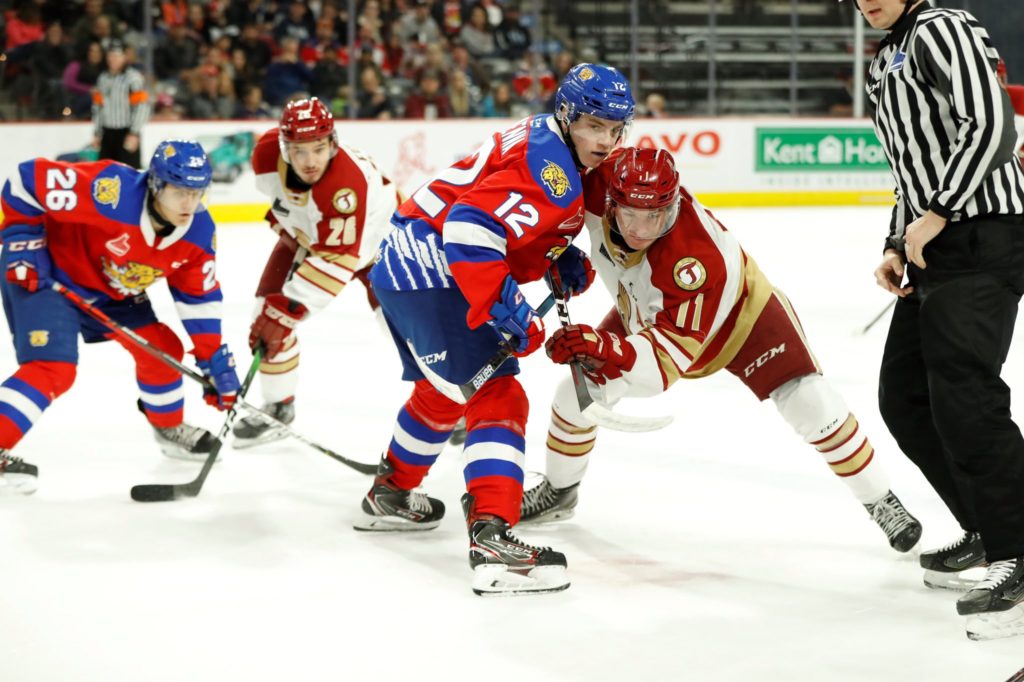 MONCTON – It was a rough Saturday night at the Avenir Centre for the Acadie-Bathurst Titan. Playing their third game in as many days, the Titan allowed three goals in the opening 20 minutes en route to a 6-1 loss to the Moncton Wildcats.

Mika Cyr opened the scoring at 11:14 with his eighth of the season and Jakob Pelletier added a pair to make it 3-0 after one period of play. Early in the second period Anderson MacDonald got Acadie-Bathurst on the board with his fifth of the campaign assisted by Mathieu Desgagnes and Liam Leonard on the powerplay. It was all Wildcats the rest of the way. Sean Stewart scored at the eight minute mark and Cyr added his second of the game at 14:29 giving the Wildcats a big 5-1 edge through 40 minutes.

Jeremy McKenna found the back of the net in the third period to account for the 6-1 final score. Moncton also heavily outshot the Titan 50-19 with Felix-Anthony Ethier making 44 saves in his third start of the season.