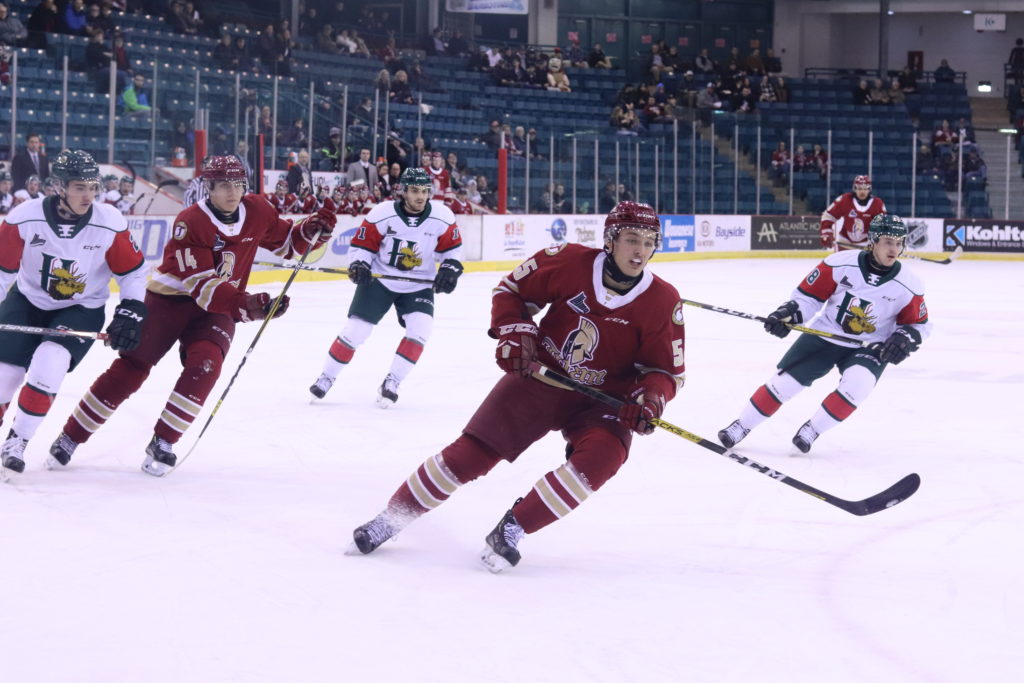 BATHURST – The Acadie-Bathurst Titan dropped their third straight contest Thursday night as the Halifax Mooseheads were in town. A poor second period combined with powerplay struggles were the Titan’s downfall in a 6-3 loss to the Mooseheads.

Benoit-Olivier Groulx opened the scoring 11:38 in after some back-and-forth play to start the game. One minute later defenceman Noah Delemont stepped into a slapshot off a faceoff win by Riley Kidney to even the game 1-1.

In the second period it was all Mooseheads as they beat Tristan Berube four times to grab control of the game. Jason Horvath’s shorthanded marker at 9:04 started things off followed by goals from Cole Stewart and Raphael Lavoie later in the period. Remy Anglehart got one past Alexis Gravel shortside with 26 seconds remaining to cut the Titan’s deficit to two-goals after 40 minutes of play. Cole Larkin and Shawn Element notched the assists.

Maxim Trepanier netted a pair in the final frame to seal the deal. The 20-year-old forwards first of the night came at the 15:49 mark with the second being an empty net goal at 18:52. Shawn Element added one for the Titan at 16:37, his 13th of the season, to account for the 6-3 final score.