Titan fall to Islanders in shootout 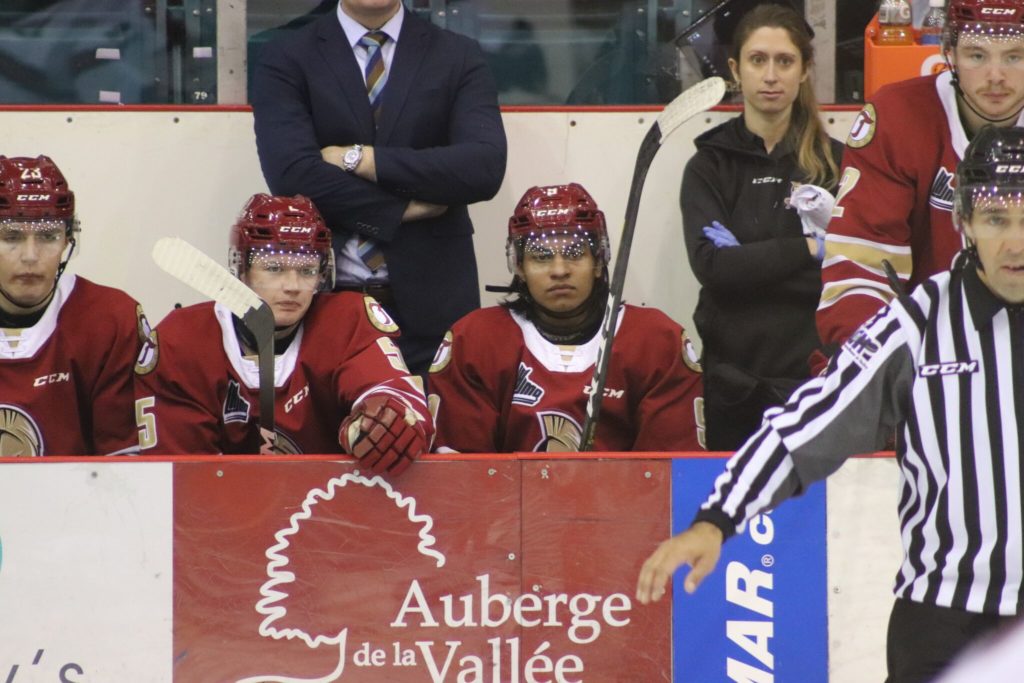 CHARLOTTETOWN – As has been the story of most games this season, the Acadie-Bathurst Titan were in it until the end on Saturday night against the Charlottetown Islanders. Unfortunately though, the Islanders defeated the Titan 2-1 in a shootout.

The only real action of the opening 40 minutes came in the first 14 seconds as Liam Leonard and Liam Peyton dropped the gloves. No goals were scoring in the first two periods as the Titan and Islanders were deadlocked 0-0. Charlottetown got the game’s first goal at 8:32 when Nikita Alexandrov netted his fourth of the season. The Titan got a powerplay tally of their own when Anderson MacDonald found Shawn Element cross-crease with a one-timed pass and the Acadie-Bathurst captain evened the score 1-1.

Despite some chances at both ends in the late stages of the game, both Tristan Berube and Jacob Goobie were up to the task between the pipes. With the game still even after 60 minutes, we headed to overtime. Mathieu Desgagnes had the game on his stick finding himself all alone in front of Goobie but the rookie netminder made the save. Next up, we would need a shootout. Brett Budgell and Cedric Desruisseaux scored for the Islanders to lift them to victory 2-1. Element was the only Titan player to score in the shootout beating Goobie with a beautiful backhand deke.