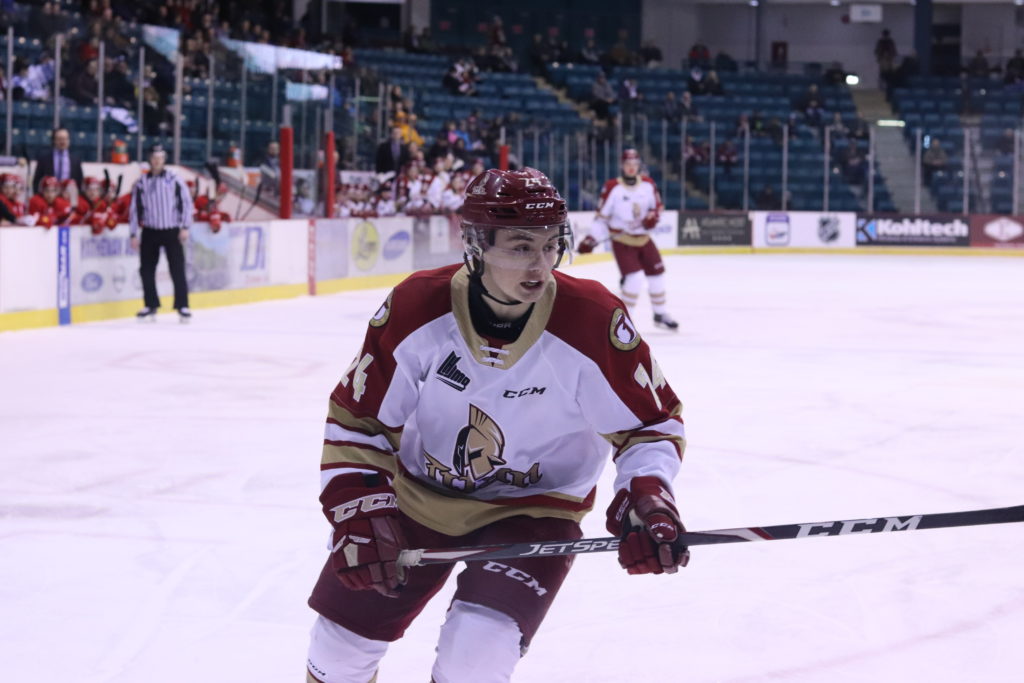 BATHURST – While a large amount of snow came down on the area, the action went ahead inside the K.C. Irving Regional Centre. The Acadie-Bathurst Titan finished off the weekend as they played host to the Chicoutimi Sagueneens.

Four minutes into the game Chicoutimi took the lead. Michael Pellerin scored his fourth of the season to make it 1-0. Remy Anglehart tied it for the home team at 16:31 roofing one over the shoulder of Carmine-Anthony Pagliarulo. Riley Kidney and Mathieu Desgagnes got the helpers on Anglehart’s 21st of the year, a powerplay marker.

Tristan Pelletier put the Sagueneens in front for the second time scoring his eighth of the campaign at 7:50 of the second period. That lead didn’t last long with Mark Rumsey scoring the equalizer less than two minutes later. It was a beautiful behind-the-back pass from Jeremie Jacob to Rumsey who made no mistake beating Pagliarulo. Riley Kidney also got an assist on the play, his second of the game. Former Titan Justin Ducharme gave Chicoutimi their third lead of the game at the 11:31 mark and that would be the eventual game winner. The Titan were pressing in the final minutes of the game but weren’t able to beat the Sagueneens netminder and Chicoutimi hung on for the 3-2 win.