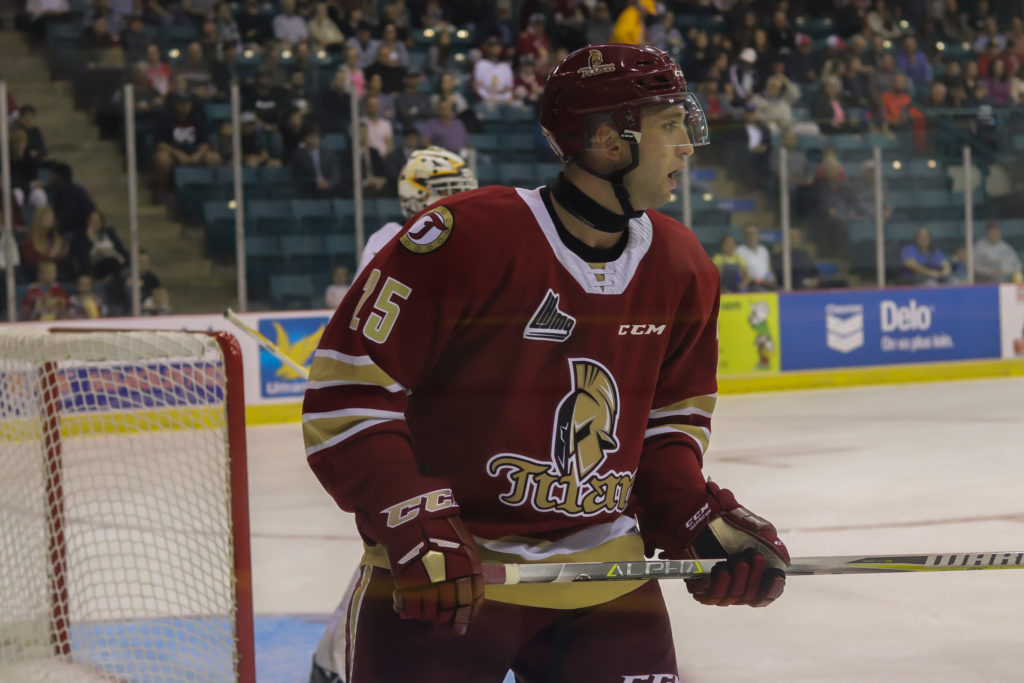 MONCTON – The Acadie-Bathurst Titan were on the road for the first time this season Friday night as they visited the Moncton Wildcats at the Avenir Centre. Both sides were coming off losses in their previous games with the Titan coming in at 0-2 and the Wildcats holding a record of 1-1 on the season.

A little under seven minutes into the game Tristan DeJong opened the scoring for the home side. 37 seconds later the Titan answered as veteran Yan Aucoin beat Olivier Rodrigue from the point evening the game at one goal apiece. Jeremy Diotte and Anderson MacDonald picked up the helpers. The Wildcats jumped in front a minute later on a goal from Alexander Khovanov but MacDonald’s first tally of the season knotted it up once again 2-2. Riley Kidney notched the lone assist on the goal. The first period would end with the score still 2-2.

The Titan got their first lead of the game 6:32 into the middle period as MacDonald potted his second of the evening on a great feed from Shawn Element. Kidney doubled the lead to 4-2 later in the frame as Element and MacDonald added helpers. The visitors would take that lead into the second intermission despite being out shot 24-22.

Jakob Pelletier scored 45 seconds into the third and then again at the 6:13 mark to make it 4-4. It stayed that way until late in the period when Aucoin put Acadie-Bathurst back in front 5-4 with his second of the game assisted by Kidney and MacDonald. However, the lead was short lived as Khovanov tied it 13 seconds later. With the score still knotted up after 60 minutes of play, the two teams looked to settle it in overtime. The extra frame solved nothing either so a shootout was needed. Mika Cyr was scored the only goal of the shootout to give the Wildcats a 6-5 win in their home opener.

The Titan now travel to Halifax where they’ll take on the Mooseheads at the Scotiabank Centre on Saturday night.