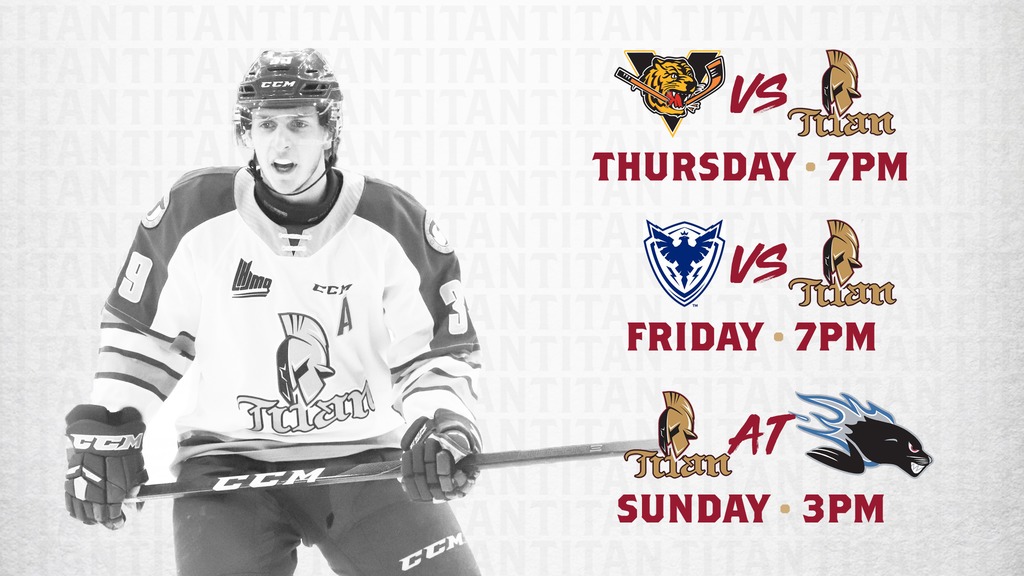 The Acadie-Bathurst Titan collected two points out of a possible six this past week.

First at home on Wednesday, Mario Durocher’s squad triumphed with a 4-2 victory over the Halifax Mooseheads. A match in which forward Mathieu Desgagnés distinguished himself by notching a natural hat trick in the third period as well as an assist. The result was very different on Friday and Saturday. While facing the Cape Breton Eagles in Sydney, the Titan fell 6-4 and 7-2, respectively. Acadie-Bathurst did, however, make a comeback on Friday scoring four unanswered goals, after the Eagles took a 5-0 lead.

They’ll now look ahead to this week with three games on the schedule. The Victoriaville Tigres and the Sherbrooke Phoenix make their only visits to Bathurst this season Thursday and Friday night before the Titan hit the road to take on the Saint John Sea Dogs on Sunday. With time running out to climb into the playoff hunt, every point is important for the Titan and that is especially the case this week.

If the Titan want a chance to make the playoffs at the end of the season, it’s a game they can’t afford to lose. Sitting 14 points out of the 16th and final playoff spot, they will face a team also in a rebuild. The Tigres won 4-2 at home on December 23 in the first of two games this season.

55 points… This is the number of points that separates the Titan from the Phoenix. Acadie-Bathurst will have the daunting task of facing one of the best junior teams in the country. Will they be able to avenge the 10-1 loss suffered on January 24?

Why not a New Brunswick duel to conclude the week. Having won five of the six meetings this season, the Sea Dogs are currently on a great streak with two consecutive wins, including one against the powerful Saguenéens in Chicoutimi. Once again a very important two points up for grabs for the Titan.