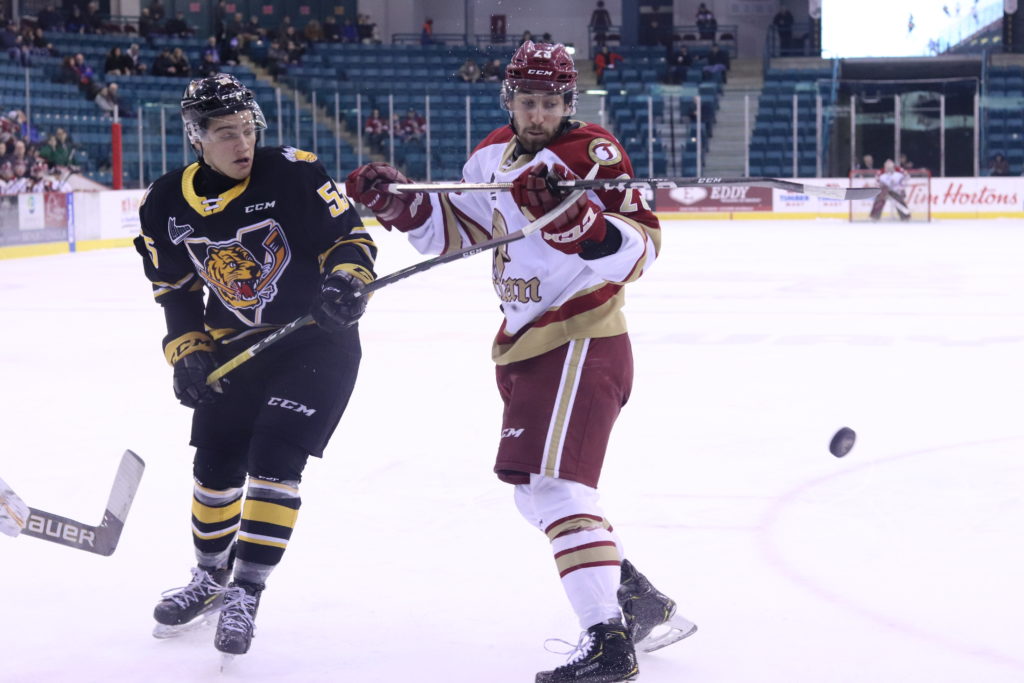 BATHURST – The Acadie-Bathurst Titan returned home Thursday night after a short two-game trip to Sydney, Nova Scotia to take on the Cape Breton Eagles. Having lost both of those games, the Titan were looking to bounce back against the Victoriaville Tigres.

Victoriaville game out firing on all cylinders and took an early lead. Brooklyn Kalmikov opened the scoring 5:49 in with his 19th of the campaign. Later in the frame Vincent Sevigny found the back of the net to make it 2-0 Tigres. It stayed that was until the final minutes of the game when Mikhail Abramov scored an empty netter to ice a 3-0 victory for the visitors.

Titan goaltender Tristan Berube was named second star of the game with a 30-save performance including a number of impressive saves to keep the Titan in the game.