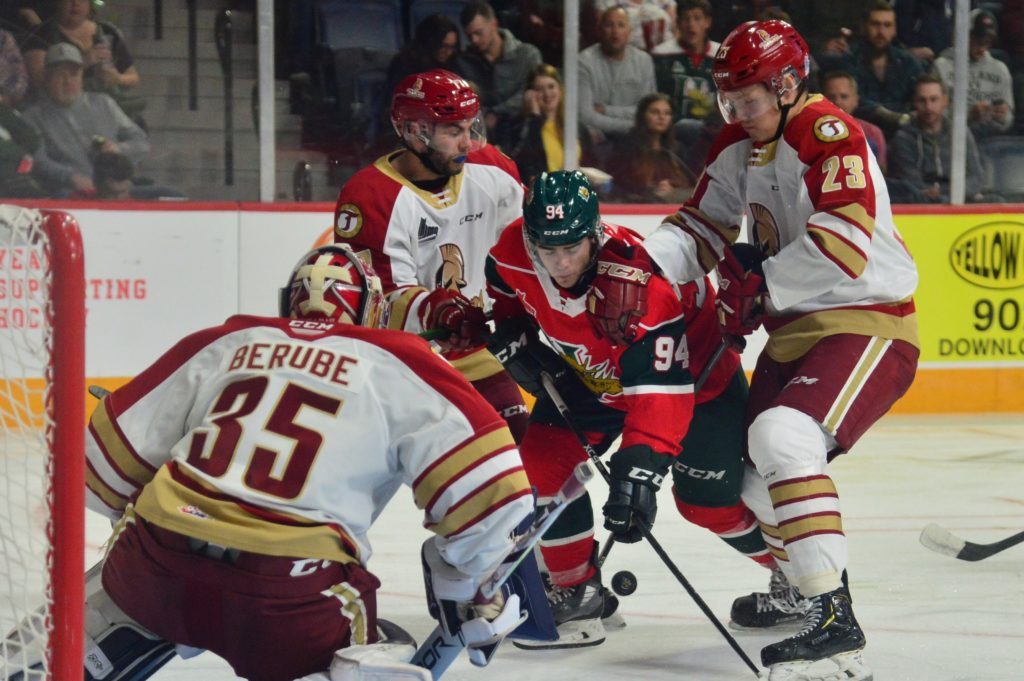 HALIFAX – The first road trip of the season came to a close Saturday night for the Acadie-Bathurst Titan as they visited the Halifax Mooseheads. Both teams were looking for their first win of the season in this one but it was the Mooseheads who came out on top.

Anderson MacDonald picked up right where he left off after last night’s five-point performance in Moncton as he opened the scoring in this one on a pass from Shawn Element. Riley Kidney nabbed the other assist at 3:41. The lead was short lived as Cole Huckins took a cross-checking penalty midway through the opening period giving the Mooseheads the opportunity they needed to even things up.

Zack Jones tipped a point shot past Tristan Berube to make it 1-1. Five minutes later Patrick Kyte struck for the Mooseheads to put them ahead 2-1 and that’s where we stood through one period of play.

The final 40 minutes of play saw no scoring as the Mooseheads hung on for a 2-1 win to leave the Titan as the only winless team in the league. Tristan Berube had 29 saves after serving as the backup Friday night.