Titan come up short in overtime loss to Halifax 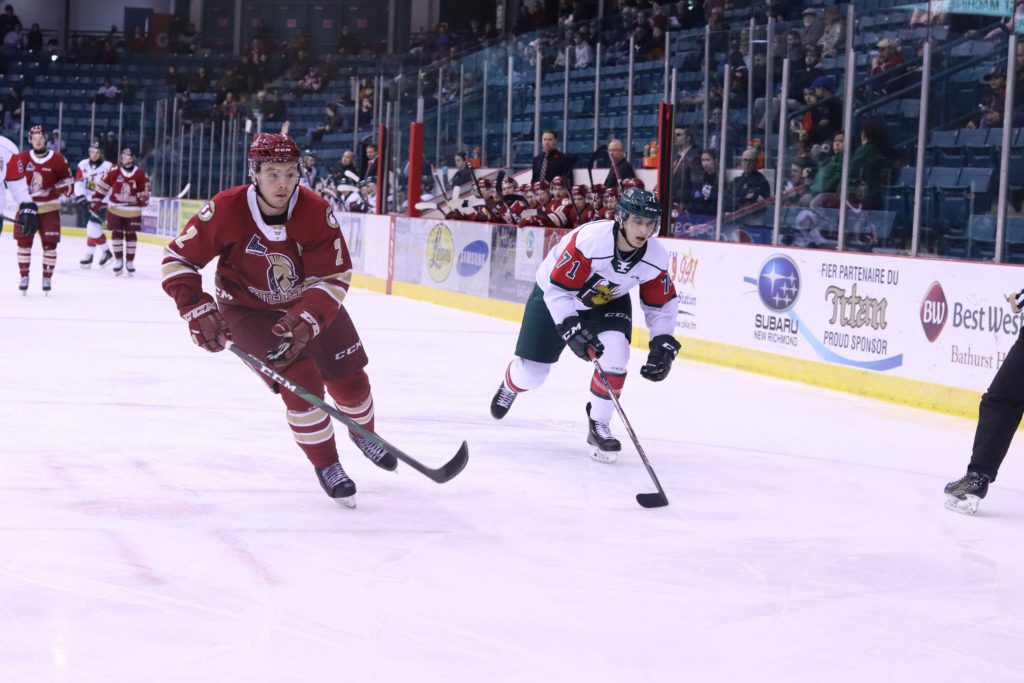 HALIFAX – The Acadie-Bathurst Titan came into action Saturday night looking for their second win in a row and they came very close to it as they visited the Halifax Mooseheads.

Halifax scored twice in the first period to take an early lead. Justin Barron and Maxime Trepanier had the goals. Late in the second period Benoit-Olivier Groulx made it 3-0 before Noah Delemont scored his first career goal to cut the Titan’s deficit to 3-1 after 40 minutes of play. Cole Huckins and Nicolas Kingsbury-Fournier assisted on the powerplay tally.

Anderson MacDonald made it 3-2 at the 12:23 mark spinning and firing past Cole MacLaren for his eighth of the season. Harijs Brants and Shawn Element notched the helpers. With just 12 seconds to play in the game Remy Anglehart capitalized on a Mooseheads turnover to tie the game 3-3 and send it to overtime. Senna Peeters was the hero in overtime as the Mooseheads took it 4-3.