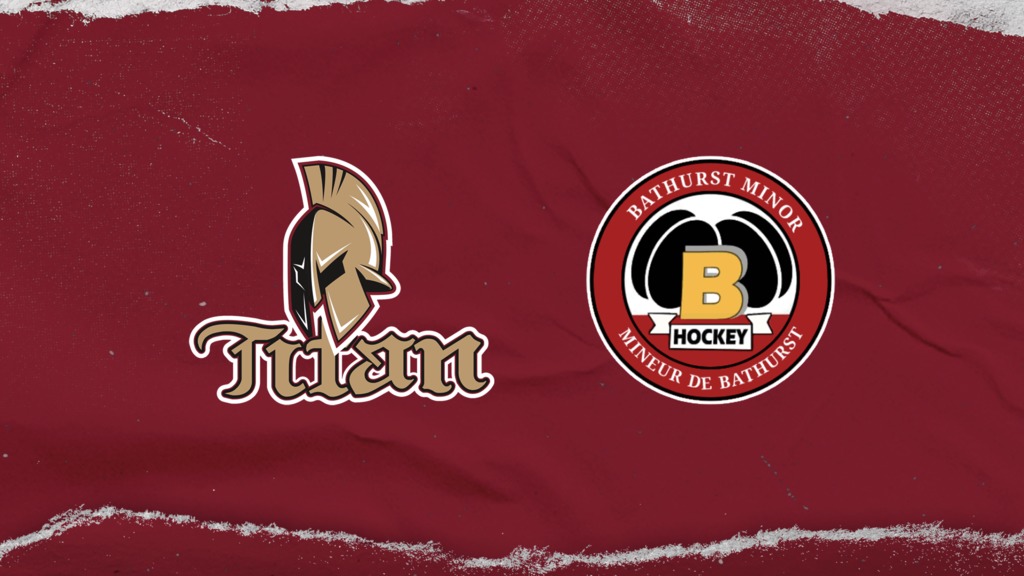 BATHURST, N.B. – The Acadie-Bathurst Titan were pleased to partner with the Bathurst Minor Hockey Association for the Titan Competitive Tournament again this year, which took place this past weekend at the K.C. Irving Regional Centre. Bringing together U11, U13 and U15 teams from across the province, the tournament operated by BMHA was a great success.

The Titan provided entry gifts for the tournament as well as player of the game and sportsmanship awards each game while also allowing the young hockey players to meet their idols.

“The Titan organization was very involved in the tournament this year. They helped us by providing entry prizes, giving pucks to all the players of the game and players who showed the best sportsmanship in all the games and by actively participating during the tournament,” shared Marie-Josée Godin, Tournament Organizer. She added: “The young players were impressed by the presence of the Titan players for an autograph session as well as the distribution of prizes throughout the day on Sunday during the semi-finals and finals. It was quite a success!”

The Titan joins BMHA in congratulating the tournament champions:

The Titan Competitive Tournament presented by AHMB brought together 23 teams, close to 350 young hockey players, from all over New Brunswick.

“It is an honor for the Titan to be able to help and actively participate in the activities of the Bathurst Minor Hockey Association. We will continue and commit ourselves to continue to participate in the development of the sport through various initiatives. Congratulations to AHMB for organizing this great tournament,” said JD Boudreau, Titan Marketing Director.