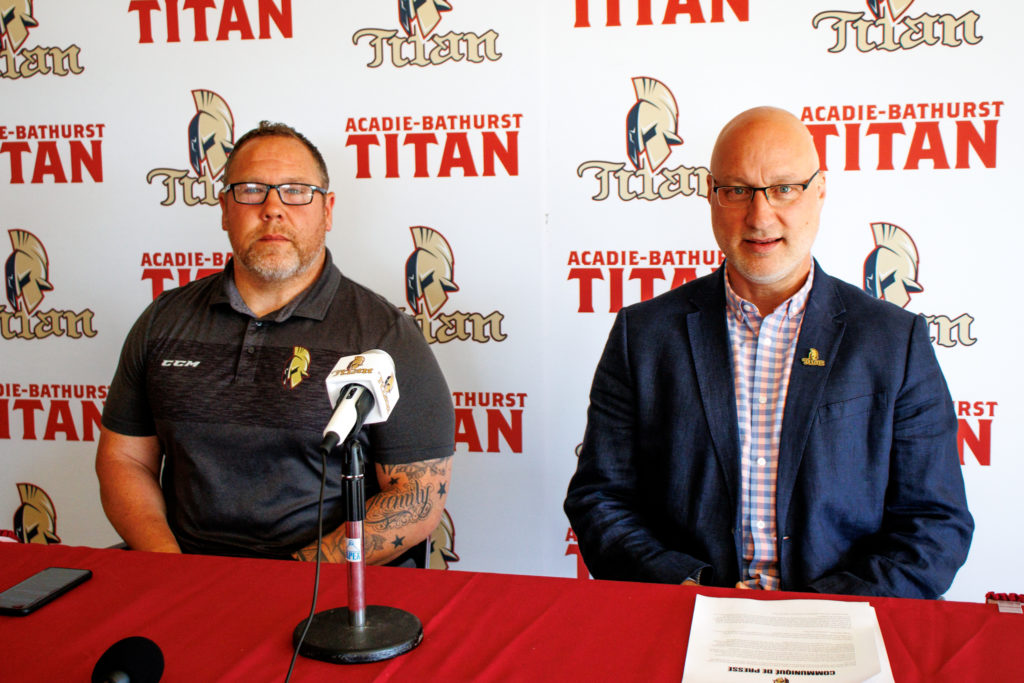 BATHURST, N.B. – The Acadie-Bathurst Titan are pleased to announce Jason Clarke has been named the new General Manager of the team. Clarke was appointed General Manager and Head Coach for a two-year term.

This past 2021-22 QMJHL season wrapped-up Clarke’s first season with Bathurst. He joined the Titan from the Shawinigan Cataractes, where he started the 2021-22 season as an assistant coach. He was named Titan head coach in late-November and under his leadership lead the team to the second round of the 2022 President Cup playoffs and a sixth-place finish (posting a 40-22-3-3 record for 86 points) overall during the regular season.

Prior to his career in the Quebec Major Junior Hockey League, Clarke was the owner, general manager and head coach of the Carleton Place Canadiens of the Central Canada Hockey League. Clarke won the Coach of the Year and General Manager of the Year three times with the Canadiens. Between 2014 and 2017 the Canadiens won the Bogart Cup four times and between 2014 and 2016 the Canadiens won the Fred Page Cup three times and qualified for the Junior A National Championship three years in a row.

“We are pleased to see Jason Clarke take the reins as the general manager of the team. We’re fortunate that we didn’t have to go through a prolonged search to find a qualified individual who understood our organization.” – Titan President Serge Theriault

“I would like to thank the owners for this tremendous opportunity. The people of Bathurst have made my family and I feel very welcome and apart of the community since day one. We are very excited to call Bathurst home. I have some very big shoes to fill in replacing Sly Couturier. He has left this team in a very good position, and it will be my job to continue to move this franchise forward. This community loves this hockey team and as a franchise we need to make them proud of how we conduct ourselves on and off the ice.”
– Titan General Manager and Head Coach Jason Clarke