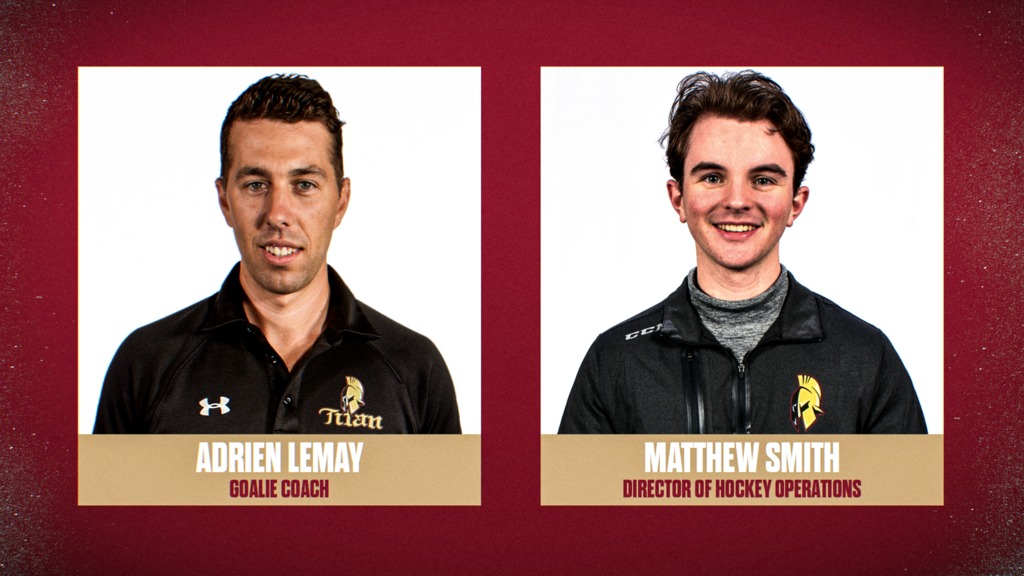 BATHURST, N.B. – The Acadie-Bathurst Titan are pleased to announce that Matthew Smith has been promoted to Director of Hockey Operations ahead of the 2022-23 Quebec Major Junior Hockey League season. The team has also renewed the contract of goalie coach Adrien Lemay.

Lemay has been the goalie coach for the Titan and the Université de Moncton Men’s Hockey team for the past three seasons (2019-20, 2020-21 and 2021-22), and was the goaltending coach for the Amherst Ramblers of the Maritime Hockey League during the 2018-19 season.

Originally from Charlesbourg, Que., the 32-year-old former major junior and UdeM goaltender is also a director and goaltending coach for Académie Sports-Arts-Études de l’Atlantique, and his dedication and work ethic recently caught the attention of the NHL’s Detroit Red Wings.  Lemay will be in Detroit next month to participate in the Red Wings development camp as a guest coach. He works closely with Titan goalie and Red Wings prospect Jan Bednar.

“I’m super proud to be back with the Titan next season. I want to thank the organization for their confidence in me, and my wife and kids who support me in this journey,” said Lemay.

“We are excited to have Adrien back for the upcoming season. He has done a fantastic job since coming to this organization in developing our goalie’s skill sets both on and off the ice,” said Titan General Manager and Head Coach Jason Clarke.

When the puck drops this fall it will mark Smith’s third year with the Titan organization since joining the team as a video coach and marketing intern during the 2020-21 season. Originally from Tatamagouche, N.S., the 23-year-old will also remain as the team’s video coach in his new role.

Smith, who played sports throughout his youth and Junior B hockey in Nova Scotia, graduated from the University of New Brunswick in Fredericton with a Bachelor of Recreation and Sport Studies Management with a minor in Business and honours in Kinesiology. Smith did video and statistics for the UNB Reds Men’s Hockey team throughout the 2017-18 and 2018-19 seasons. Smith and the Reds won the U SPORTS Men’s Hockey National Championship in 2019.

“I am beyond excited and thankful for the challenge this new position presents. I have worked extremely hard both in my academic and professional careers for this opportunity and I want to show everyone what I am capable of,” said Smith. “I believe my greatest assets are my work ethic and attention to detail which will serve me well in this new role. Ultimately, I want this organization to exceed all expectations both on the ice and in the community and I believe I can help accomplish that.”

“Matt has been with the organization for two seasons and over the past two years he has demonstrated an elite work ethic that could not be ignored. This organization has landed a great person who will represent our community and organization with a lot of pride,” said Clarke.