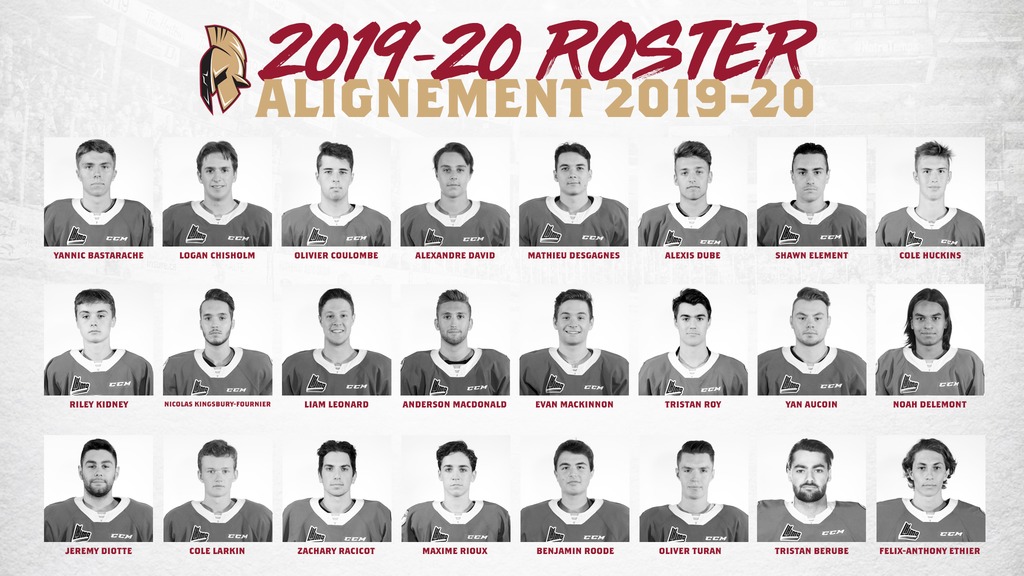 BATHURST – The Acadie-Bathurst Titan are pleased to announce the 24 players that will be part of our roster for the 2019-2020 season. It will be a young group wearing the red and gold this season with 16 players aged 18 and under.

The roster includes three members of the 2019 draft class and nine players who were selected in 2018 while Rioux is the only free agent to crack the roster.

Don’t miss opening weekend as your Titan battle the Cape Breton Eagles on back-to-back nights to kick-off the 2019-2020 season at the K.C. Irving Regional Centre. Among the festivities is Fan Zone which will be happening in the parking lot prior to both games with activities for the whole family. Tickets for both games can be purchased at the K.C. Irving Regional Centre box office, online at ticketboutik.ca, or by phone at (506) 549-3200.