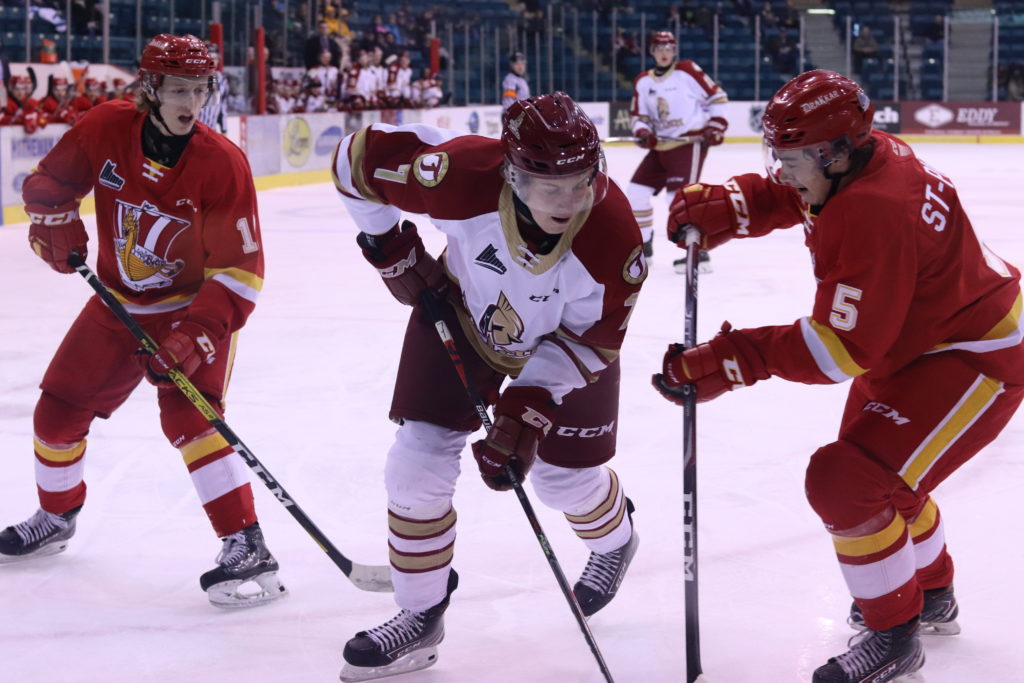 BATHURST – They started off the week with a 2-1 win on the road over the Charlottetown Islanders but Friday night was a much tougher game for the Acadie-Bathurst Titan. The Baie-Comeau Drakkar were in town, a team the Titan had beaten 5-2 in their previous match, but the visitors came out flying and controlled the game from start to finish.

Nathan Legare, Alexandre Parent, and Christopher Merisier-Ortiz found the back of the net in the first period to give the Drakkar an early 3-0 lead. Merisier-Ortiz also had an assist in the frame, along with Charles-Antoine Giguere, Julien Letourneau, and Jordan Briere. The shots also heavily favored the Drakkar 21-9 after one period of play.

In the second period things quieted down a bit but the Drakkar did add to their lead. Gabriel Proulx netted his 10th of the year to push the advantage to 4-0 at the 15:14 mark. After 40 minutes, the score remained 4-0. Early in the third period Charles-Antoine Giguere scored a powerplay marker to further extend the lead giving the visitors a 5-0 edge. Olivier Coulombe would get the Titan on the board at 8:01 batting the puck out of the air and into the back of the net. His third goal in as many games was assisted by Noah Delemont and Cole Larkin. However, that’s as close as they would come as the Drakkar skated away with a 5-1 win.