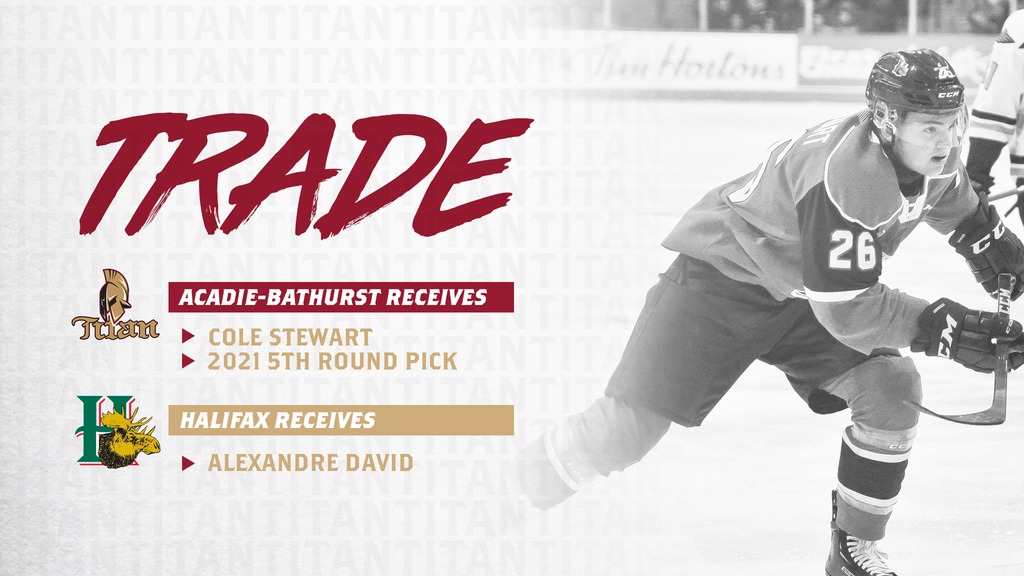 BATHURST – The Acadie-Bathurst Titan announced today that they have traded forward Alexandre David to the Halifax Mooseheads in exchange for forward Cole Stewart and a 2021 fifth round pick.

David, 17, was a second round pick of the Titan in 2018. After leaving the team earlier this season, the Pigeon Hill, New Brunswick product has totalled 13 points in 14 games with the Campbellton Tigers of the Maritime Junior A Hockey League.

Stewart is a five-foot-11, 183-pound forward from Moncton, New Brunswick. Drafted in the third round of the 2017 draft by the Mooseheads, Stewart has eight points in 35 games this season.