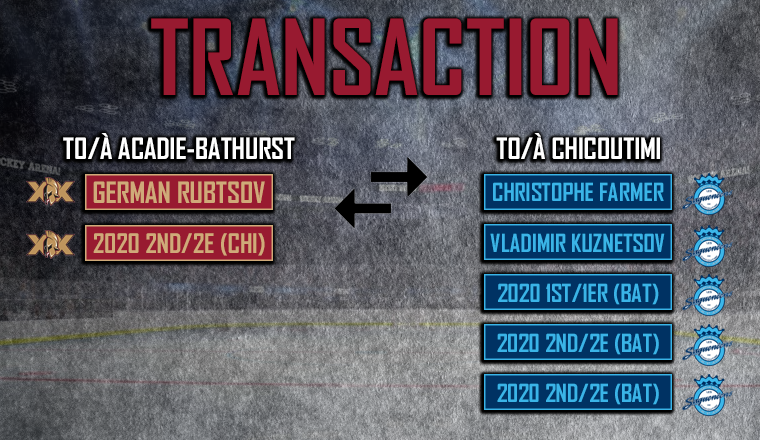 BATHURST – The Acadie-Bathurst Titan have acquired import forward German Rubtsov from the Chicoutimi Sagueneens in a trade announced today. In return, the Titan send Christophe Farmer, Vladimir Kuznetsov, as well as 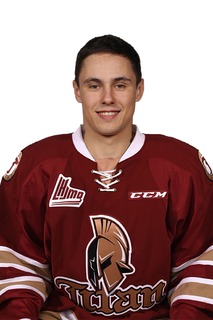 their own first, second, and third round picks in 2020 to the Sagueneens. Chicoutimi also sends their 2020 second round pick to Bathurst in the deal.

Rubtsov, 19, joined the Sagueneens in January after being selected in the first round, 27th overall, at the 2016 CHL Import Draft. He finished the 2016-17 season with 22 points in 16 games with Chicoutimi. In 11 games with the team this season, Rubstov has scored three goals and added eight assists for 11 points.

The Chekhov, Russia native also represented his country at the 2017 World Junior Hockey Championship in Montreal and Toronto but was held pointless in five games as Russia took home a bronze medal. He’ll be joining Team Russia for the CIBC Canada-Russia series this month. 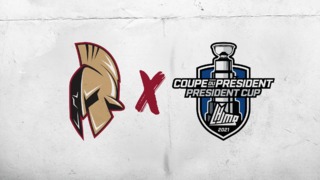 For Mental Health Week, name how you feel. Don’t numb it.
1 week ago 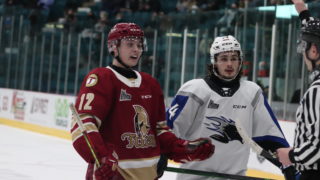 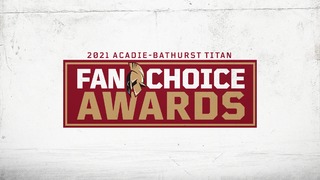 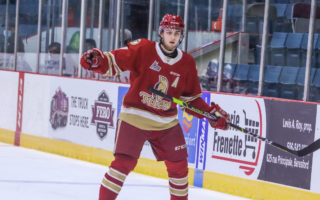