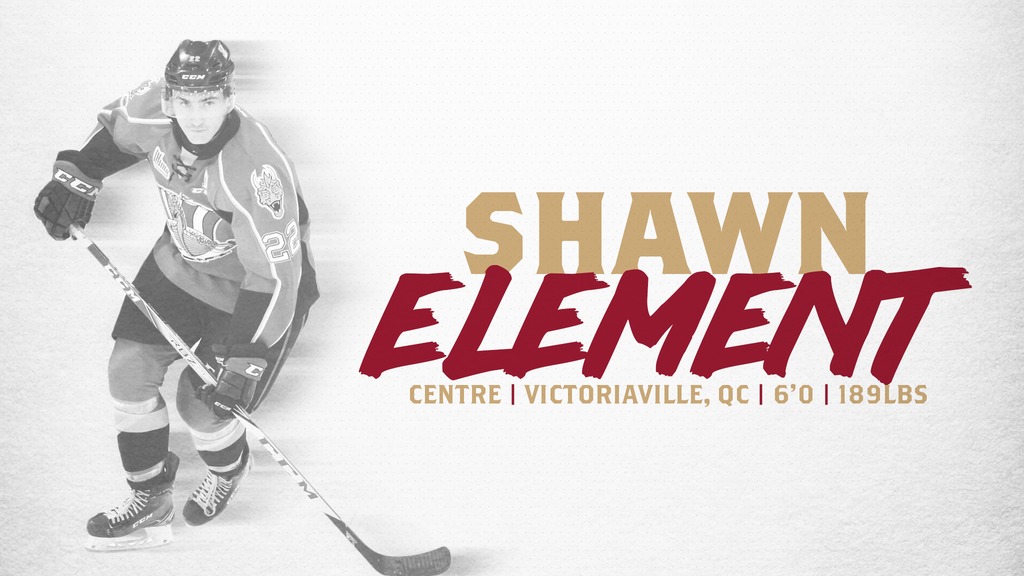 Element, 19, was originally drafted ninth overall by Baie-Comeau in 2016. This season, his third in the Quebec Major Junior Hockey League, the Victoriaville native tallied 17 goals and 16 assists for 33 points in 65 games.