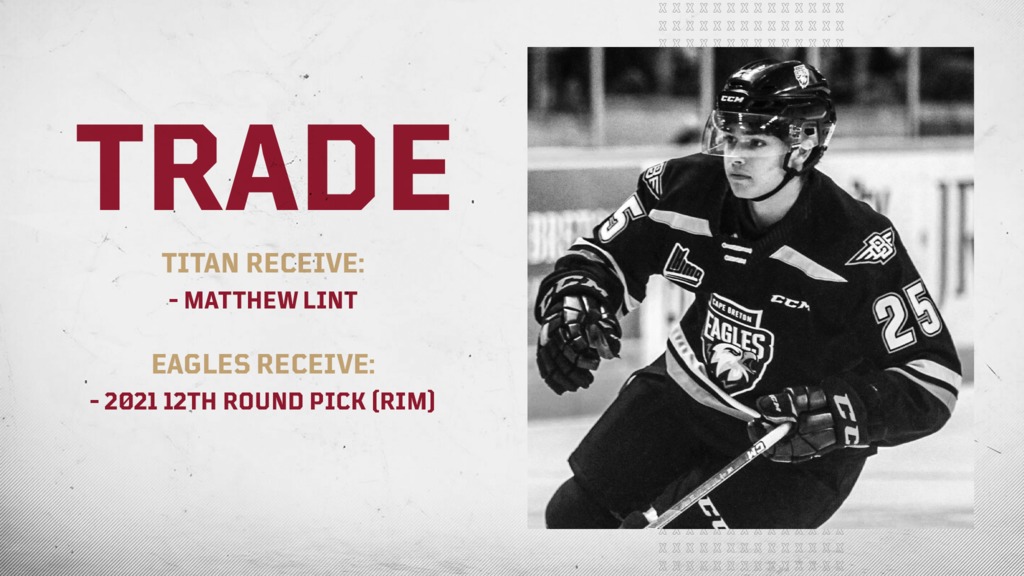 Lint, 18, played 17 games with the Eagles last season registering one goal and a +2 rating. The Moncton, New Brunswick product also suited up for 16 games with the Moncton Flyers of the NB/PEI Major U18 Hockey League where he had 11 points. Lint is currently with the MHL’s Miramichi Timberwolves.