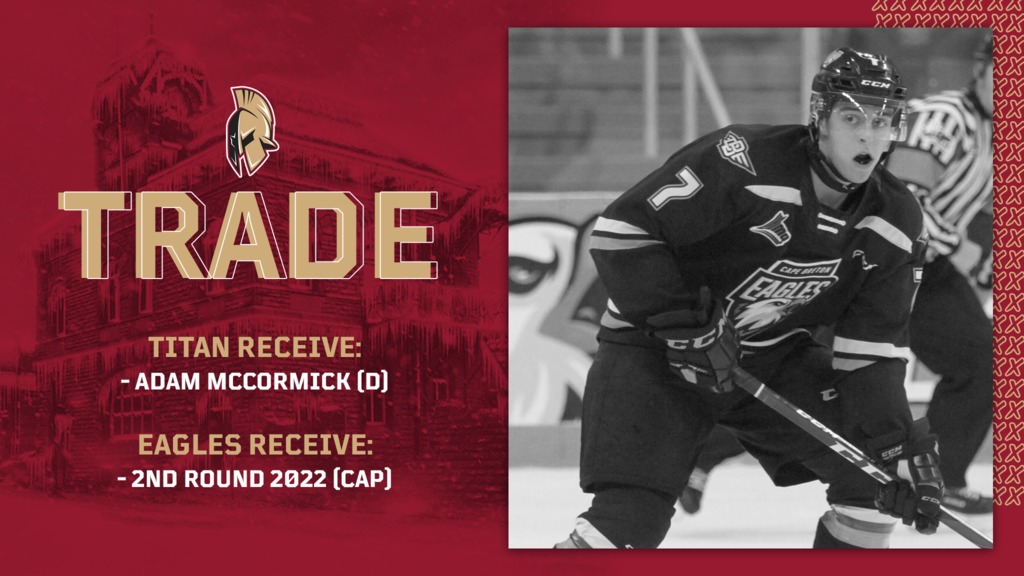 BATHURST – The Acadie-Bathurst Titan have acquired defenceman Adam McCormick from the Cape Breton Eagles for a 2022 second-round pick (CAP).

A product of Woodstock, New Brunswick, McCormick had a career-year in 2019-20 registering 33 points in 50 games and was winner of the Quebec Major Junior Hockey League’s Kevin Lowe Trophy as the best defensive defenceman. McCormick also ranked second in the QMJHL in plus-minus among defencemen at +45.

The 20-year-old was originally a third-round pick of the Eagles in 2016 and attended camp with the Dallas Stars in 2018.