Three Stars: One point out of a possibility of four for the Titan 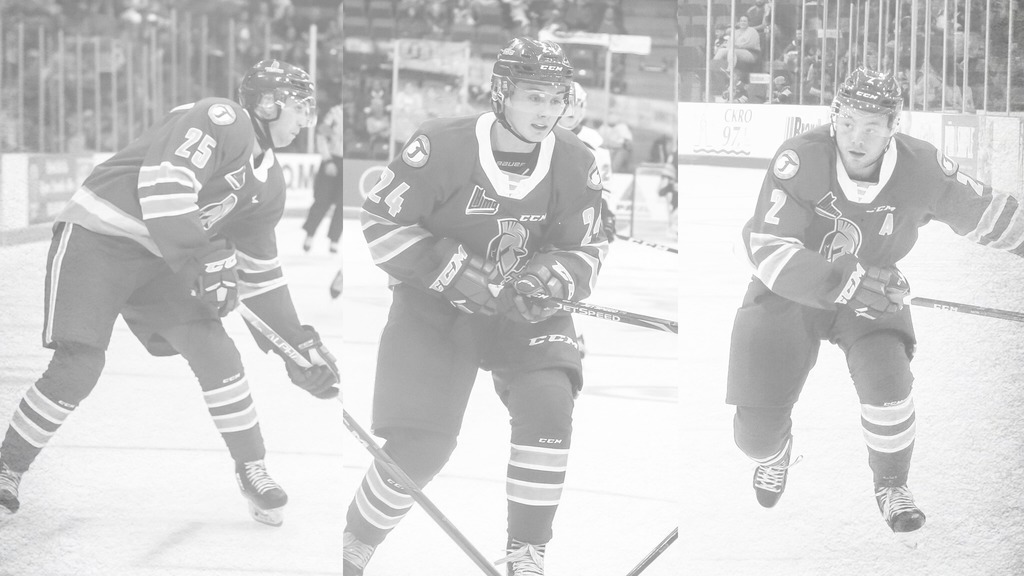 BATHURST – The Acadie-Bathurst Titan looked good at times on the second weekend of the season, but it was not enough to get their first win of the campaign.

Mario Durocher’s group dropped a 6-5 decision to the Wildcats in a shootout at Moncton’s Avenir Centre on Friday night, while on Saturday the Titan lost 2-1 to the Mooseheads in Halifax. Acadie-Bathurst now has a record of no wins, three losses and one loss in overtime. Forwards Anderson MacDonald and Riley Kidney, as well as defenceman Yan Aucoin are your Titan three stars of the week.

FIRST STAR – Anderson MacDonald
Without a shadow of a doubt, the first star of this week is awarded to forward Anderson MacDonald. Number 25 scored his first points of the 2019-2020 season with a five-point performance (two goals and three assists) against his former team, the Moncton Wildcats. The 19-year-old was the only one of his team to find the back of the net on Saturday at Scotiabank Centre in Halifax.

SECOND STAR – Riley Kidney
To say that the future of the Titan is promising is not so difficult to predict. Rookie Riley Kidney is likely to be a big piece of the team over the next few seasons. The forward, who is in his first season in the league, produced four points this weekend (one goal and three assists) to earn the second star.

THIRD STAR – Yan Aucoin
A 20-year-old defenceman has to prove their worth in the Quebec Major Junior Hockey League with each team only allowed to carry three overage players. Yan Aucoin, acquired from the Baie-Comeau Drakkar during the off-season, is doing just that. In addition to having spent many quality minutes on the ice, he had two goals in the game against the Wildcats. He is therefore the third star of the week for the Titan.