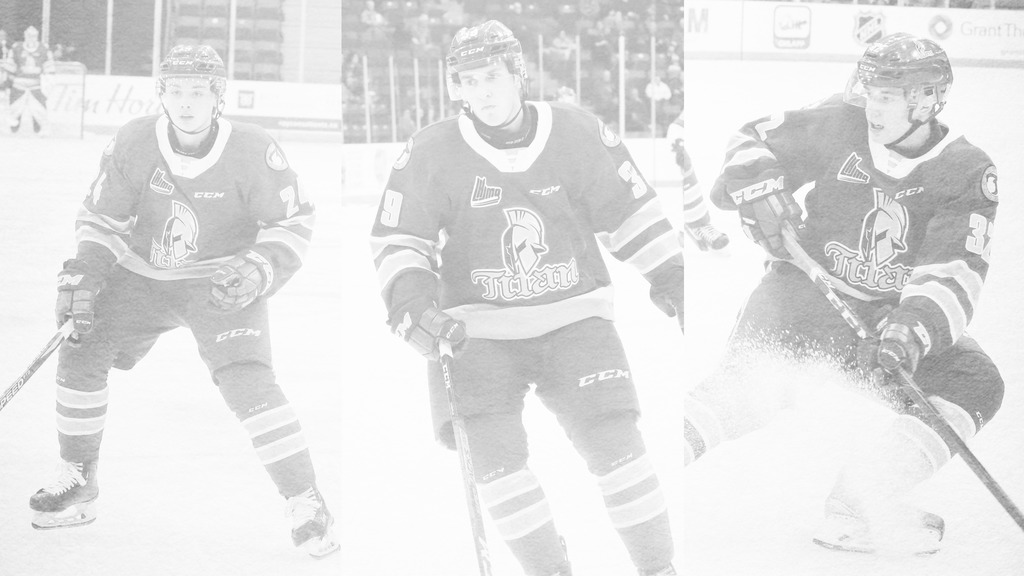 The Titan now holds a record of 3 wins, 15 losses and 6 losses in extra time (12 points in 24 games) good for the 18th and last place in the QMJHL standings. They will play their next game on Thursday, when the Halifax Mooseheads visit  the K.C. Irving Regional Centre.

Here are your three stars from the last week:

FIRST STAR – Riley Kidney
Since returning from the World U17 Hockey Challnge, Riley Kidney has been doing great things on the ice. The young centerman, in his very first season, has collected three assists in the last two games. A highly appreciated progression of his coach. He earns the first star of his team this week.

SECOND STAR – Logan Chisholm
The veteran, who is now the only remaining player from the President’s Cup and the Memorial Cup of the 2017-2018 season, has distinguished himself recently. After a more difficult start to the season, the #39 has scored two points in these last two games, to bring his point streak to three games. Logan Chisholm is your second star this week.

THIRD STAR – Harijs Brants
The Latvian player is gaining more and more confidence. Acquired from the Chicoutimi Saguenéens on October 15, the defenceman scored his first career goal in Saturday’s game, a goal scored on the powerplay. The latter is turning out to be an important part of the defensive core right now. He is your third star of the week.