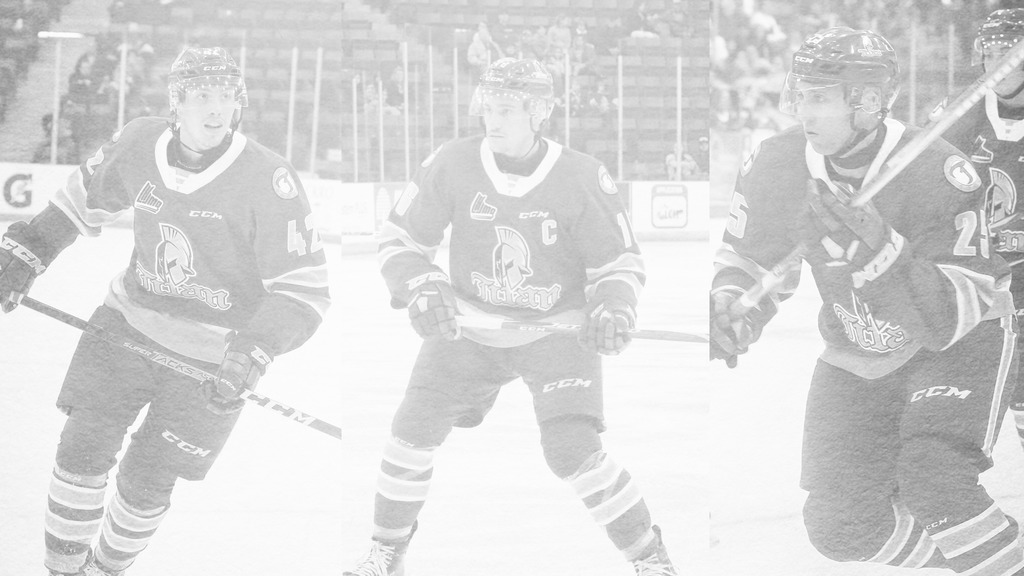 BATHURST – A trio of forwards stood out during a roller coaster week that saw the Acadie-Bathurst Titan pick up a pair of points, despite finding themselves still looking for their first win of the season.

The week started with a heartbreaking 2-1 shootout loss to the Saint John Sea Dogs in a defensive battle last Thursday at the K. C. Irving Regional Centre.  The following night the offense took over in a back and forth affair that needed extra time once again.  This time it was the Moncton Wildcats edging the Titan by a score of 6-5 with the winning goal scored in the final minute of the extra period.   Saturday, the Titan faced the Wildcats once again, this time at the Avenir Centre in Moncton, dropping a 6-1 decision to fall to 0-7-2-3 on the season.

Despite the three losses, strong performances from Cole Huckins, Shawn Element and Anderson MacDonald earned themselves a spot in our Titan Three Stars of the week.

Not only was the 16-year-old Fredericton native the only Titan player to score in the shootout last Thursday, he also notched a pair of goals in Friday’s overtime loss to the Wildcats.  In 12 games this season, Huckins has three goals and three assists

The Titan captain was a physical force last weekend dishing out a total of 19 hits.  Element scored the team’s lone goal in Thursday’s 2-1 shootout loss while throwing six hits.  Although he only picked up one assist during last Friday’s 6-5 overtime loss, he played a punishing game that saw him deliver 11 hits against the Wildcats.

The 19-year-old Quispamsis scored a pair of goals last weekend, including the lone Titan marker on Saturday, to give him a team leading five on the season.