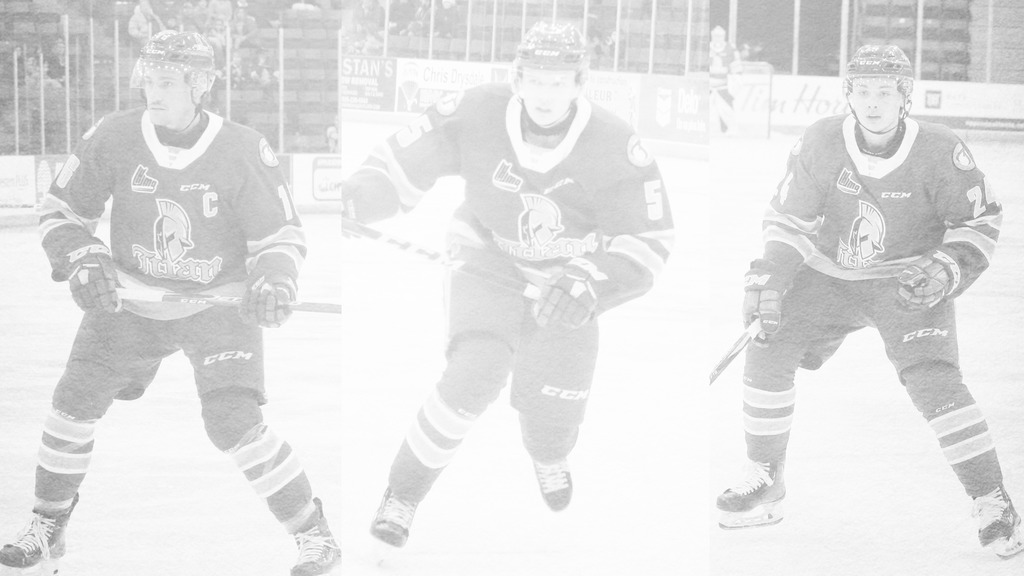 It wasn’t hard to find players who stood out for the Acadie-Bathurst Titan last week.  The problem was narrowing it down to three stars and an honourable mention as the Quebec Major Junior Hockey League club picked up a pair of wins on home ice.

Last Thursday, the Titan got the early jump on the Gatineau Olympiques to pick up their second win on home ice this season with a 6-2 victory at the K. C. Irving Regional Centre in Bathurst.  Two nights later, Acadie-Bathurst came from behind on home ice to grab up a 3-2 overtime win over the Charlottetown Islanders thanks to an end to end rush that ended in a highlight reel game winning goal by rookie forward Cole Huckins just under three minutes into the extra frame.

Even with the overtime winner, Huckins didn’t make our list of three stars this week.  Neither did veteran netminder Tristan Bérubé, who turned aside 69 of 73 shots in picking up the two wins. It was that kind of week.

Here are our three stars – and an honourable mention:

First Star – Shawn Element
The Titan captain notched his first career hat trick last Thursday to lead the team to their win over Gatineau.  Element added another goal, late in the third period on Saturday, to send the game against Charlottetown to overtime.

Second Star – Cole Larkin
Larkin may not have scored a goal last week, but the 17-year-old defenceman picked up an assist in each game and had a combined plus/minus rating of +4 while continuing to be a solid defensive force for the Titan.

Third Star – Riley Kidney
Fresh off a five point effort at the World Under-17 Hockey Challenge, Riley Kidney returned to the Titan and picked up a goal and an assist, while going a team best +4, in last Thursday’s win over the Olympiques.

Honourable Mention – Mathieu Desgagnés
Desgagnés potted a pair of goals for the Titan, including the game winner, against Gatineau and was +3 in the win.  He also picked up an assist on Saturday.