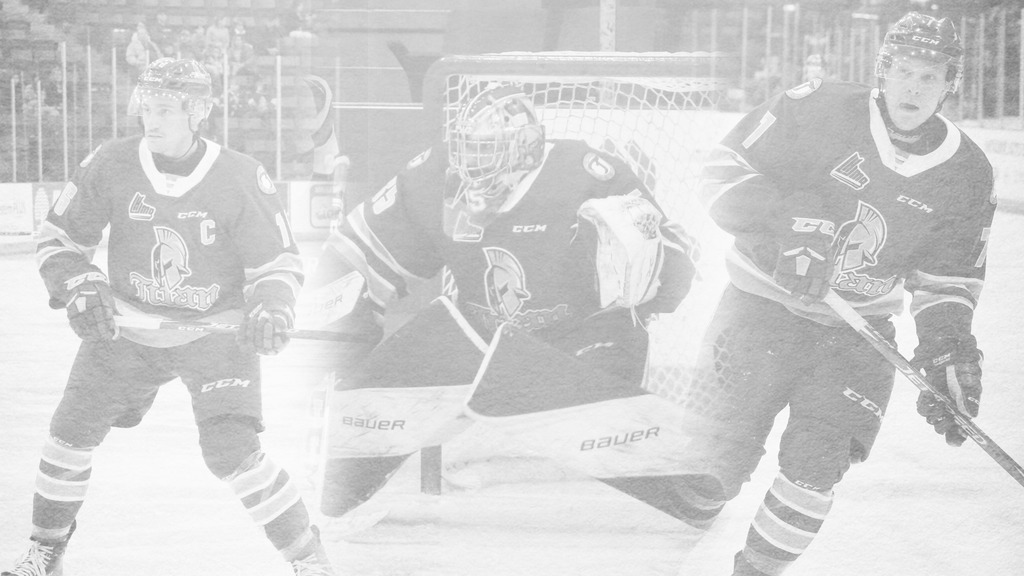 BATHURST – Games continue to follow similar storylines for the Acadie-Bathurst Titan. Closely contested games, high-intensity games, but Mario Durocher’s group is still without a win after nine games this season.

Last Thursday, the Titan lost at home 4-3 in overtime against the President’s Cup and Memorial Cup champions, the Rouyn-Noranda Huskies. The club also picked up a point on Saturday against the Islanders in Charlottetown, falling 2-1 in a shootout. The Titan currently has a record of no wins, six losses and three losses in extra time (three points) since the start of the campaign, good for the 18th and last place in the league, three points behind the Voltigeurs de Drummondville and the final playoff spot.

The Titan will play their next game on Thursday, when they will be visited by the Saint John Sea Dogs at the K. C. Irving Regional Centre at 7pm. Here are the Titan three stars of the last week.

1ST STAR – Shawn Element
To say the least, the Titan captain has fit in well with his new team. In his first season with Acadie-Bathurst, the 19-year-old forward has shown an excellent performance with nine points since the beginning of the season, including three points in the last two games. On top of his offensive abilities, Element brings physicality game every time he steps on the ice, which makes him a key player for the Titan. With such performances from their captain, the Titan can still hope to participate in the playoffs next spring.

2ND STAR – Tristan Berube
By acquiring the 20-year-old veteran during the off-season, Titan General Manager Sylvain Couturier wanted stability in the net. This is exactly what Tristan Bérubé has been since the beginning of the season. The netminder, who is in his last season of junior hockey, stood out this weekend by stopping 66 of 71 shots sent his way. The latter has given his team a chance to win every game since his arrival in Bathurst, something that is greatly appreciated by his teammates.

3RD STAR – Liam Leonard
Just back from injury, the 19-year-old was able to get back on track with a one-goal and one assist against the Rouyn-Noranda Huskies on Thursday at the K.C Irving Regional Centre. Leonard also made his mark with his physical game with some heavy hits, as well as dropping the gloves with Islanders forward Liam Peyton, Saturday in Charlottetown. Liam Leonard is an important part of the Titan’s attack and the veteran’s work has not gone unnoticed.