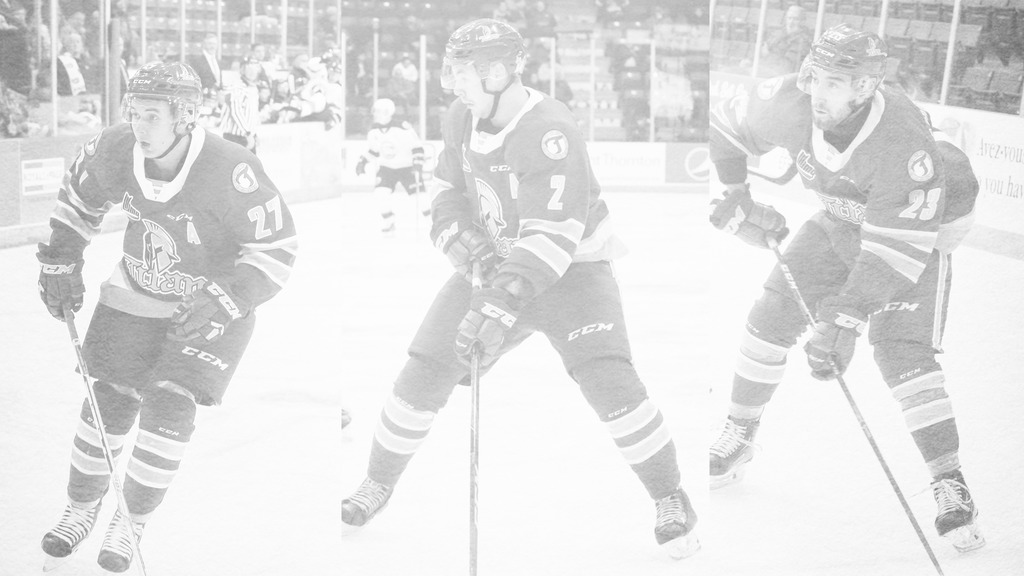 BATHURST – The Acadie-Bathurst Titan saw its losing streak stop at 17 with a 5-3 win over the Moncton Wildcats last Friday at the K.C. Irving Regional Centre. They also picked up a point on Saturday, falling 4-3 in overtime against the Mooseheads in Halifax. Mario Durocher’s group then concluded their busy weekend with a 6-3 loss once again against the Wildcats, but this time at Moncton’s Avenir Centre.

The Titan now has a record of one win, 13 losses and 6 losses in overtime (8 points in 20 games) good for the 18th and last place overall in the QMJHL. Their next game is Thursday night, hosting the Gatineau Olympiques at 7pm.

Here are your three stars from this past week:

First Star – Mathieu Desgagnes
After a slow start to the season with a single point in his first 10 games, the veteran of three seasons seems to be quietly regaining his offensive bearings. He now has two goals and six assists in his last nine games, including three assists against the Wildcats on Sunday. He is awarded the first star of his team this week.

Second Star – Yan Aucoin
Since the beginning of the season, number 2 has established himself as the defensive pillar of the Titan. Arriving from Baie-Comeau, along with his teammate and captain Shawn Element, the 20-year-old defenceman scored twice on the powerplay in Sunday’s loss to Moncton. The latter has largely been the most utilized defender on his team. Aucoin gets the second star of the week.

Third Star – Remy Anglehart
Acquired from Drummondville on November 2, forward Rémy Anglehart had a great start with his new team, scoring two goals and one assist in his first three games with the Titan, including the tying goal at the very end of the third period Saturday in Halifax. The newcomer will be an important part of the team from now until the end of the season if the Titan hope to participate in the playoffs. He earns the third star of his team this week.