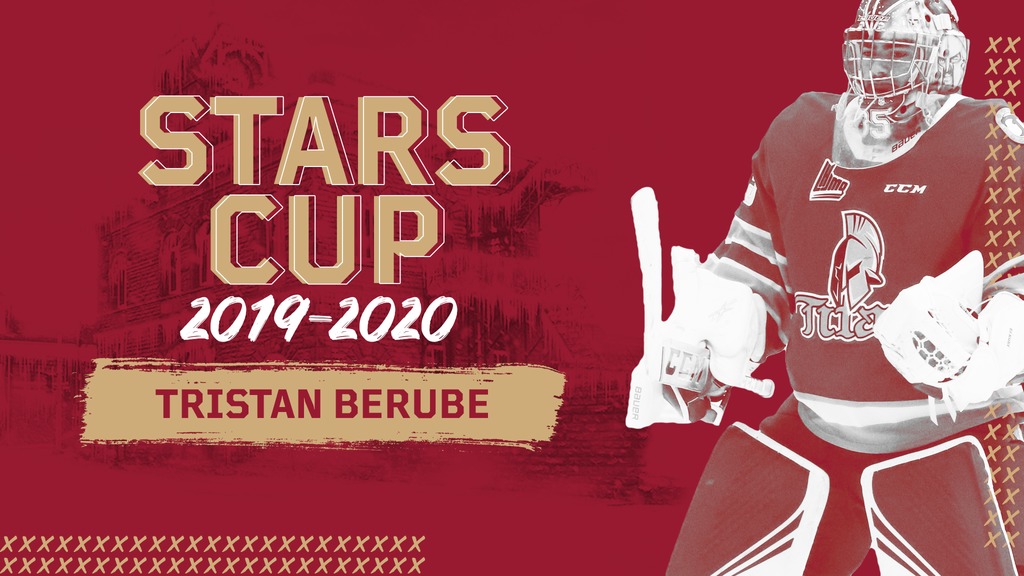 The winner of the Stars Cup for the 2019-2020 season is goaltender, Tristan Berube.

The Stars Cup is awarded to the player with the most Three Star selections throughout the season. Berube was named to the three stars of the game a total of 14 times this season, beating out rookie forward Cole Huckins who finished with nine three star selections.

In 50 games this season, Berube posted a 3.56 goals-against-average and a .903 save percentage while facing the second most shots in the Quebec Major Junior Hockey League, with 1704 shots against. The product of La Pocatière, Quebec picked up all 12 of the Titan’s wins this season.

Throughout this week we will be announcing our 2019-2020 award winners. Winners will be announced at letitan.com and on our social media channels. Tomorrow we will announce the Fan Favourite and Hardest Working Player Award.