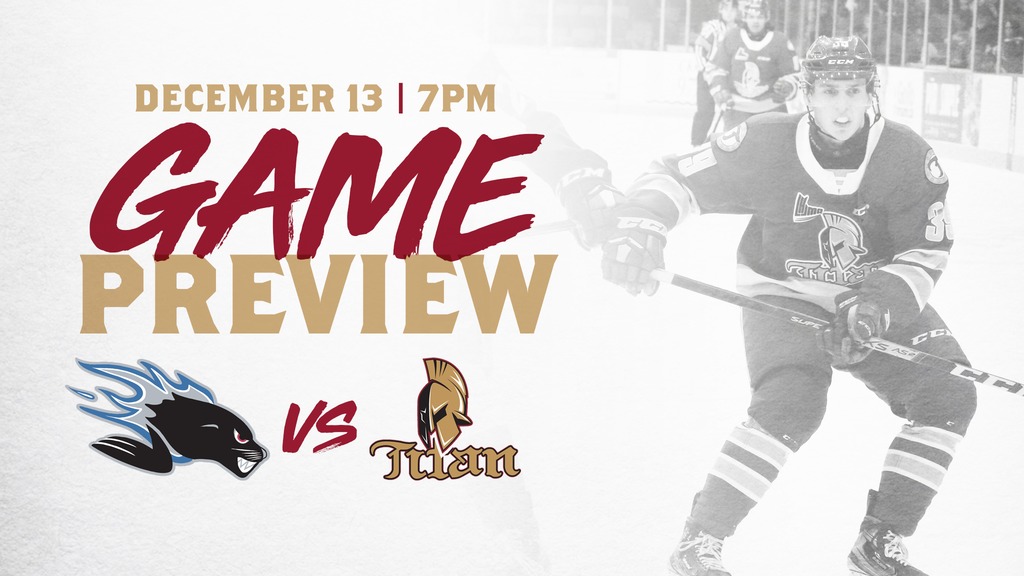 BATHURST – Here are five things you need to know ahead of Friday night’s game against the Saint John Sea Dogs at the K.C. Irving Regional Centre.

1. Acadie-Bathurst is coming off a big 5-1 win over the Cape Breton Eagles on Wednesday night while playing without forwards Mathieu Desgagnes, Liam Leonard and defenceman Harijs Brants. The Titan have won two of their last four and will look to add another win to their record in the Teddy Bear Toss game tonight.

2. The Sea Dogs also picked up a win in their previous game, 3-1 over the Moncton Wildcats on Wednesday. Saint John has played four games since firing head coach Josh Dixon on December 2nd and they’ve won three of them. Now coached by Jeff Cowan, the Sea Dogs are 7-3 in their previous 10.

3. The season series has been very one-sided thus far between the Titan and the Sea Dogs. Saint John has won all four contests including back-to-back victories over Bathurst November 23rd and 24th.

4. A big piece of the Sea Dogs roster will not be on the ice tonight. Forward Maxim Cajkovic is currently with the Slovakia national junior team in preparation for the World Junior Hockey Championships. Titan defenceman Harijs Brants remains with Latvia at the D1 World Championships while Liam Leonard will likely miss his second straight game due to injury.