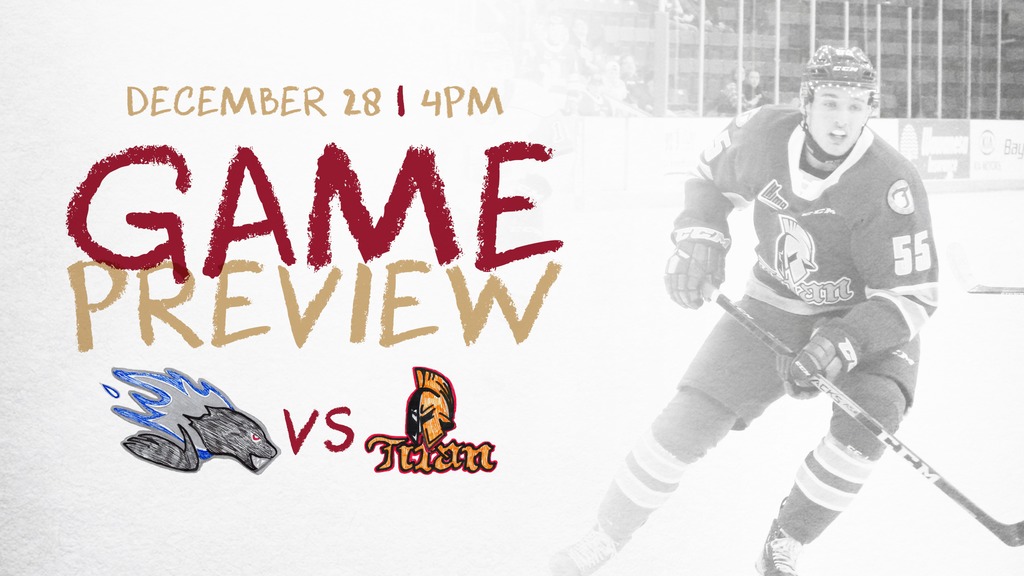 BATHURST – Here are five things you need to know ahead of Saturday’s game against the Saint John Sea Dogs at the K.C. Irving Regional Centre.

1. The Titan are coming off to two straight losses to end the first half of the season and will be looking to start the second half off on a better note. Acadie-Bathurst last played December 14th when they fell to the Moncton Wildcats 3-0 at the Avenir Centre.

2. Saint John has been hot since making a coaching change. The Sea Dogs are riding a 3-0 winning streak after defeating Halifax, Bathurst, and Moncton prior to the Christmas break.

3. In five games between the Titan and the Sea Dogs this season, Saint John has come out victorious each time. The last matchup dating back to December 13th, a 6-3 win for the Sea Dogs over Bathurst. Both teams will be without their captain as Shawn Element and Nicolas Guay have both been traded since the start of the trading period.

4. Speaking of the trading period, today will mark the debuts of a number of players. For the Titan, newly acquired forward David Doucet will suit up in red and gold for the first time while overager Jeffrey Durocher makes his Sea Dogs debut. Bennett MacArthur will also suit for his first game as a full-time member of the Titan after being recalled for the remainder of the season. It is unclear whether Zackary Riel will be the in the Bathurst lineup tonight as travel issues have delayed his arrival until today.

5. The puck drops at 4pm for our first Family Game. Kids get in FREE with an adult and we’re hosting our first Skate with the Titan of the season after today’s game.