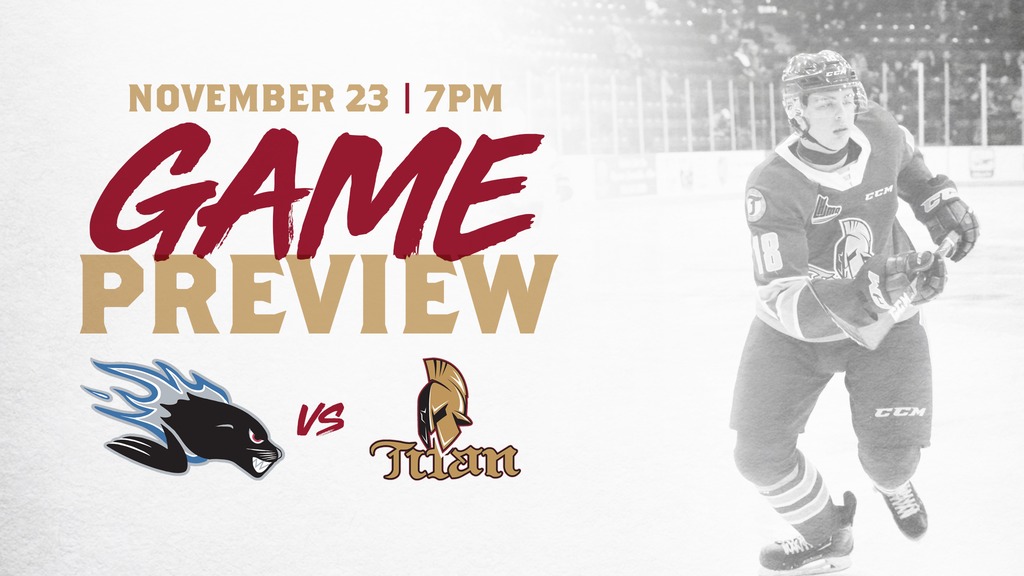 BATHURST – Here are five things you need to know ahead of Saturday night’s game against the Saint John Sea Dogs at the K.C. Irving Regional Centre.

1. This will be the third meeting of the season between the Titan and the Sea Dogs after Saint John defeated Bathurst twice during the month of October. The first came on October 5th as the Sea Dogs took it 4-2 at home. The K.C. Irving Regional Centre was the site for the second matchup with Saint John escaping with a 2-1 shootout victory.

2. The Titan come into tonight’s game riding a two-game winning streak and have won three of their last five. Saint John meanwhile, have lost four straight including a 5-4 defeat at the hands of the Chicoutimi Sagueneens last night.

3. Captain Shawn Element continues to lead the Titan offensively holding the team lead in goals, assists, and points. For the visitors, Jeremie Poirier, Brady, Burns, and Nicolas Guay sit tied for the team lead with 24 points each.

4. It’s the Wawanesa Toy Drive tonight at the K.C. Irving Regional Centre. Fans are reminded to bring a new and unwrapped toy to donate at the doors. Each person who donates will receive a ballot for a chance to win a trip to the 2020 Memorial Cup presented by Kia.