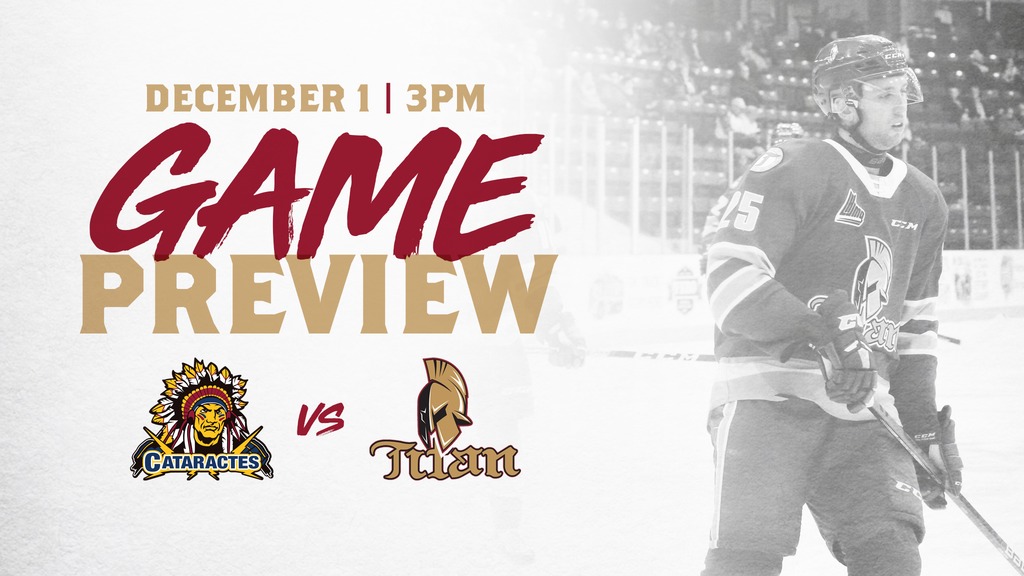 BATHURST – Here are five things to know prior to today’s game against the Shawinigan Cataractes at the K.C. Irving Regional Centre.

1. The Titan will look to put an end to their four-game losing skid when they host the Cataractes this afternoon. After last night’s 6-4 loss to the Val-d’Or Foreurs, Mario Durocher’s group finds themselves 11 points out of the final playoff spot.

2. Shawinigan has been red hot as of late having won five in a row including a 4-3 come-from-behind win over the Saint John Sea Dogs last night. Lead by Mavrik Bourque and Vasily Ponomarev, the Cataractes have outscored opponents 23-10 during their current winning streak.

3. Today’s game features a battle between twin brothers as Titan forward Olivier Coulombe takes on Cataractes netminder Antoine Coulombe. However, after starting last night in Saint John, it is expected that Shawinigan will give Antoine the night off.

4. Acadie-Bathurst will be without defenceman Harijs Brants who has left to join the Latvian national team ahead of the World Junior Hockey Championship. The 17-year-old has two goals and five assists in 17 games this season.

5. Puck drop is scheduled for 3 p.m. Tickets are available at the box office or online.