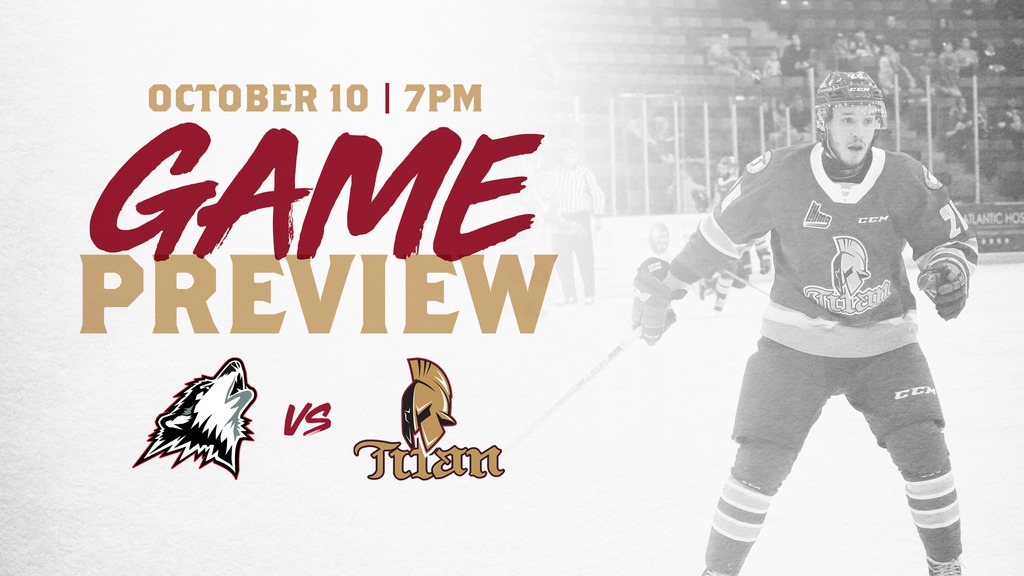 BATHURST – Here are five things you need to know ahead of Thursday night’s game against the Rouyn-Noranda Huskies at the K.C. Irving Regional Centre.

1. Mario Pouliot and the defending champion Rouyn-Noranda Huskies are in town tonight as they take on the Titan for the first time this season. Despite losing several key pieces over the summer, the Huskies have still been success early on in the season boasting a record of 5-2-0-1. The Titan find themselves at the opposite end of the standings with a record of 0-6-0-1.

2. Last time the Titan were in action, two key pieces were missing from the lineup in Anderson MacDonald and Liam Leonard. While he is progressing well through concussion protocol, MacDonald remains out however Leonard is expected to return tonight against the Huskies after missing the last two games due to illness.

3. Despite being at opposite ends of the standings, these two teams have something in common and that is their powerplay. Both Acadie-Bathurst and Rouyn-Noranda have had difficulty on the man advantage this season with the Titan powerplay sitting at 16% and the Huskies having only converted on 15.6% of their opportunities.

4. The Huskies offence has largely been generated by a pair of returning forwards in 20-year-olds Tyler Hinam and Vincent Marleau. With 14 points Marleau has the team lead and Hinam is right behind him with 13. For the home side, Shawn Element, Anderson MacDonald, and Riley Kidney all have six points apiece.

5. Puck drop is scheduled for 7 p.m. Tickets are available at the box office or online. It is also redemption night so season ticket holders can redeem unused tickets for a ticket to tonight’s contest.