Questionable calls help Huskies get past Titan in overtime 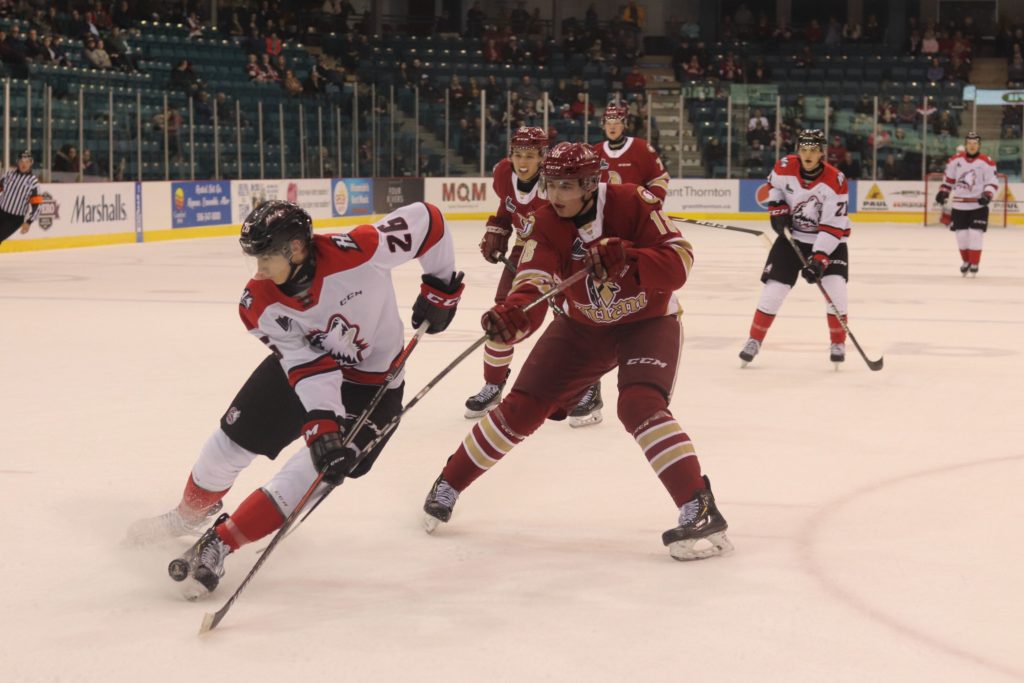 BATHURST – Despite scoring just 11 seconds into the game, the Acadie-Bathurst Titan ultimately suffered a 4-3 overtime loss to the Rouyn-Noranda Huskies on Thursday night at the K.C. Irving Regional Centre.

As mentioned, the Titan opened the scoring after 11 seconds of play as Logan Chisholm finished off a great tic-tac-toe play with Liam Leonard and Evan MacKinnon. It looks as though the home side would take a 1-0 lead into the first intermission however Kurtis Lang made sure that didn’t happen scoring his first career goal to even the score.

The Huskies took the lead 7:43 into the second period on a goal from Alex Beaucage but Liam Leonard’s first of the season knotted it up 2-2 under two minutes later. Shawn Element and Noah Delemont picked up the helpers on the powerplay marker. Speaking of Element, 24 seconds after assisting on the tying goal the Titan captain potted one of his own to put his team in front 3-2. Assists went to Cole Huckins and Mathieu Desgagnes on Element’s second of the campaign. With two periods in the books the Titan had a 3-2 edge over the Huskies.

In the third period it looked as though the Titan had scored when Riley Kidney scored into an open cage as Logan Chisholm was being pushed into the goal crease however it was waived off and the officials refused to go upstairs to review the play. Louis-Filip Cote would then score the equalizer midway through the frame and ultimately help the Huskies force overtime with the score still deadlocked 3-3 after 60 minutes. After a questionable hooking call to Kidney in the overtime period, Beaucage scored his second of the evening to lift to the Huskies to victory 4-3.