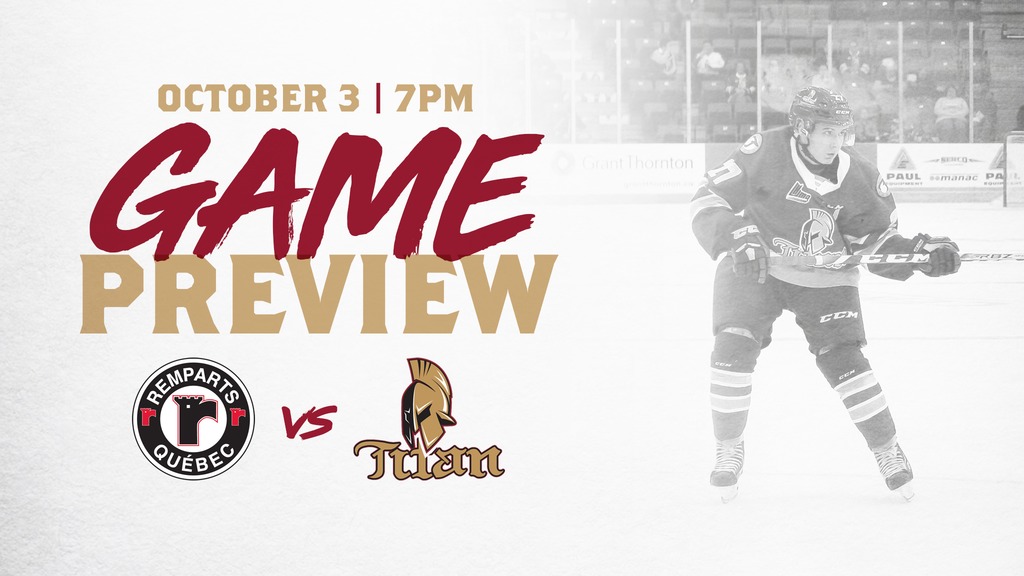 BATHURST – Here are five things you need to know ahead of Thursday night’s game against the Quebec Remparts at the K.C. Irving Regional Centre.

1. Patrick Roy and the Quebec Remparts are in town for the first and only time this season. They come in sporting a 2-2 record after losing their last two games. The home side enters play tonight with just one point in four games for a record of 0-3-1.

2. Anderson MacDonald has been hot as of late putting up six points in two games over the weekend. He now leads the Titan in that department. For the Remparts, Pierrick Dube has a team-leading seven points in four games.

3. All signs point to Acadie-Bathurst icing a complete lineup for the first time this season as Nicolas Kingsbury-Fournier, a former Rempart, returns to the lineup after sitting out the last two games with an upper body injury. Liam Leonard missed the first two games of the season with a lower body injury before making his return Friday night in Moncton.

4. The Titan are winless on home ice through two games, something they hope to change tonight. The Remparts meanwhile are 2-0 on the road this season.