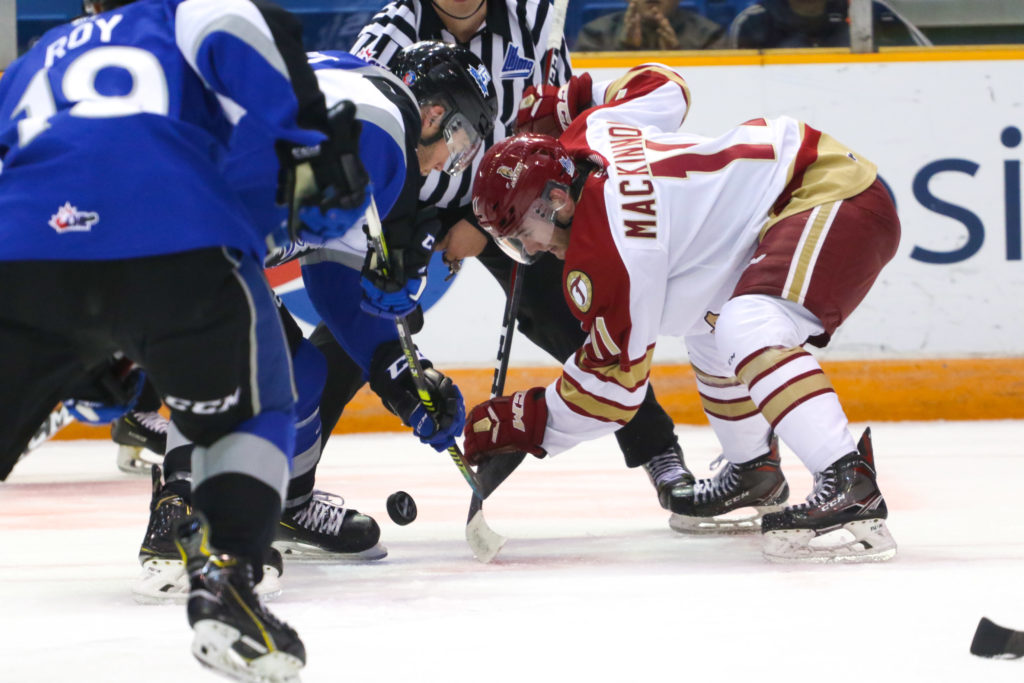 SAINT JOHN – In a battle of two very young teams, the Acadie-Bathurst Titan went head-to-head with the Saint John Sea Dogs on Saturday night. With the Titan having not won a game yet this season and the Sea Dogs coming off three straights losses, the two sides were hungry for victory.

The Sea Dogs struck first after back-to-back penalties to Jeremy Diotte and Logan Chisholm midway through the first period. Ben Badalamenti jumped on a rebound in front of the net and tapped it past Tristan Berube to make it 1-0. Late in the frame the Titan got it back to even with 53 seconds left when Chisholm to batted a rebound out of the air and into the back of the net for his first tally of the campaign. Riley Kidney and Evan MacKinnon got the helpers. The shots were 12-11 in favour of the Titan through one period with the score still tied at one.

Brady Burns scored the only goal of the second period at 10:07 to give Saint John a 2-1 lead. In the third period the Titan brought the game back to even thanks to Evan MacKinnon’s first of the season. The 19-year-old picked up the rebound off a Noah Delemont shot and scored to make it 2-2. Cole Huckins notched the other assist. Unfortunately the Sea Dogs went on to score twice in the final three minutes of the game to take this one 4-2. Tristan Berube was the second star of the game making 28 saves.