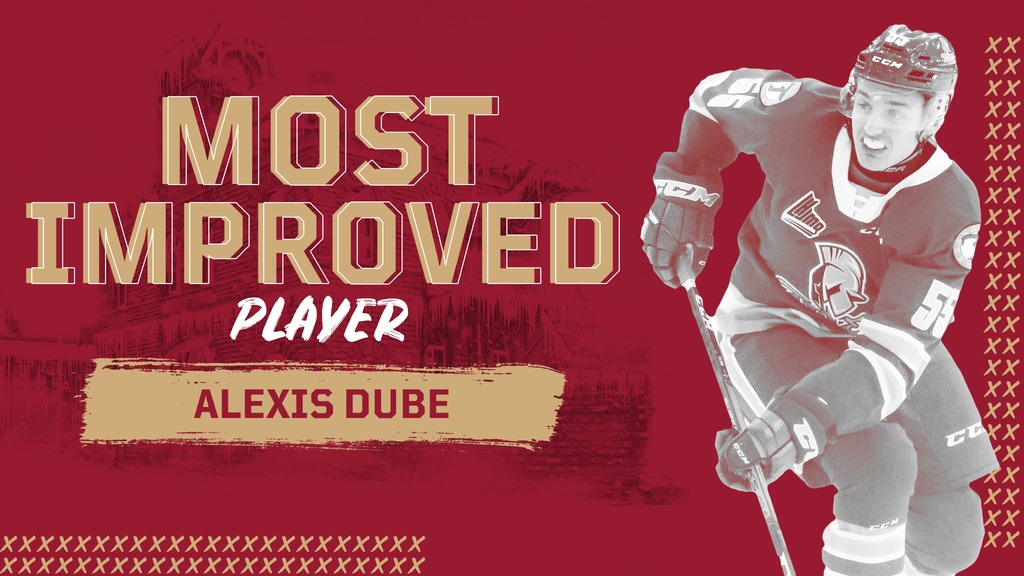 The 2019-2020 Most Improved Player Award goes to forward, Alexis Dube.

A fifth round pick of the Baie-Comeau Drakkar in 2018, Dube came to the Titan via trade on October 19th, 2018. After suiting up for six games as an affiliate player during the 2018-19 season, the 17-year-old had a strong showing during training camp to earn a spot on the roster for the 2019-20 season.

The Dieppe, New Brunswick product finished the season with six points in 58 games while earning more and more ice time as the season progressed. While his offensive numbers don’t jump off the page, his compete level and physicality were on full display every game.