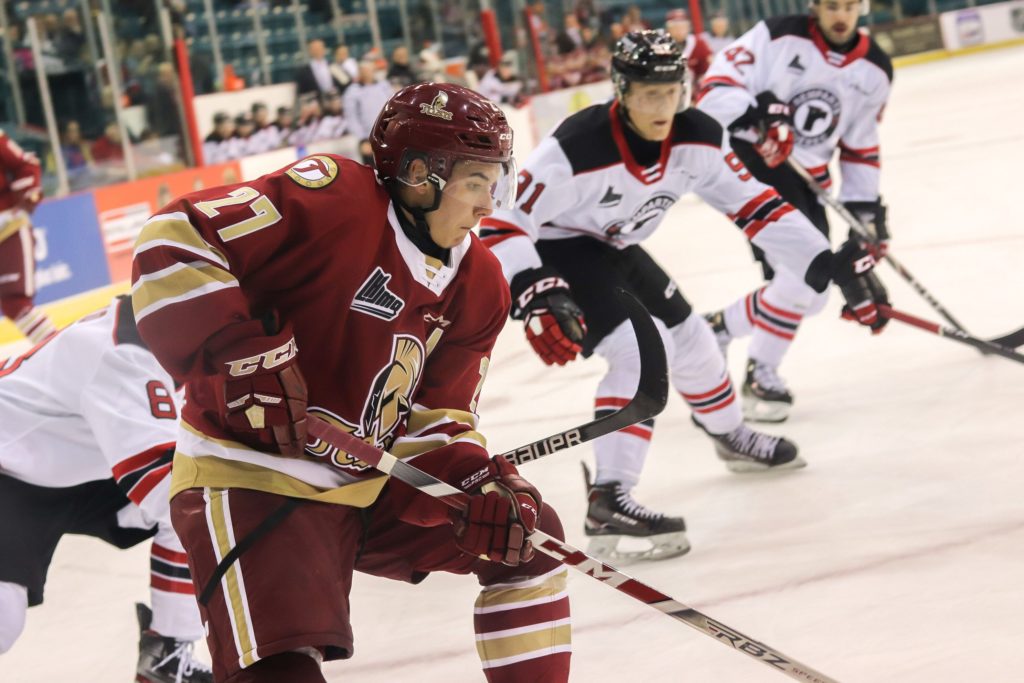 BATHURST – Still without a win on the season, the Acadie-Bathurst Titan returned to home ice Thursday night as Patrick Roy and the Quebec Remparts skated into the K.C. Irving Regional Centre.

The Titan got off to a good start as they controlled the play early. An interference penalty to Edouard Cournoyer at 4:56 opened the door for the home team as Jeremy Diotte blasted his first of the season over the netminders shoulder to break the scoreless tie. Shawn Element and Liam Leonard notched the helpers. Acadie-Bathurst held the lead until late in the opening frame when Gabriel Montreuil outworked the Titan defender and evened the game at one goal apiece with 5:15 to play. The Titan lead the shots 13-5 through one period but it was all square 1-1.

With a five minute powerplay following a match penalty to Pierrick Dube for high sticking, the Titan struggled to get anything going on the man advantage and only managed two shots on goal. The Remparts dominated the shot count 14-4 in the period to take the overall edge 19-17 but Tristan Berube stood tall to keep the game deadlocked 1-1 after 40 minutes.

The deciding goal came in the final six minutes of the game as Montreuil netted his second of the evening to put the visitors up 2-1. That goal came at 14:23 and was followed by an empty netter from Darien Kielb to seal the deal on a 3-1 game. With the loss the Titan fall to 0-4-1 while the Remparts improve to 3-2-0.