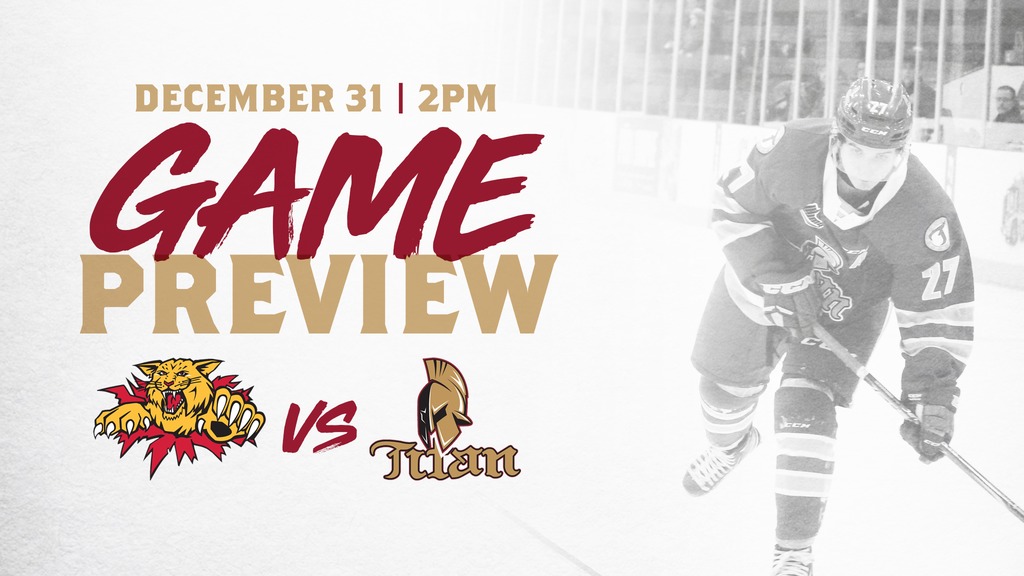 BATHURST – Here are five things you need to know ahead of Tuesday’s game against the Moncton Wildcats at the K.C. Irving Regional Centre.

1. The Titan are 1-1 since the holiday break after picking up a 5-2 win over the Saint John Sea Dogs on December 28th before falling to the Charlottetown Islanders on the road the following day.

2. Moncton has also played Saint John and Charlottetown since the break. December 28th the Wildcats defeated the Islanders 3-2 in overtime on home ice and then dropped a 1-0 decision to the Sea Dogs the next day.

3. The Wildcats have the upper hand in the season series with the Titan having won five of their six matchups. The most recent was 3-0 win over Bathurst in the final game before Christmas on December 14th. Moncton has struggled on the road this season going 9-8 while the Titan have picked up five of their six wins at home.

4. Both teams will be without key players for this afternoon’s contest. Alexander Khovanov and Olivier Rodrigue will be out of the Wildcats lineup as they are both currently at the World Junior Hockey Championship while Liam Leonard, Harijs Brants, and Yannic Bastarache remain injured for Acadie-Bathurst.

5. Puck drop is scheduled for 2 p.m. Tickets are available at the box office or online.