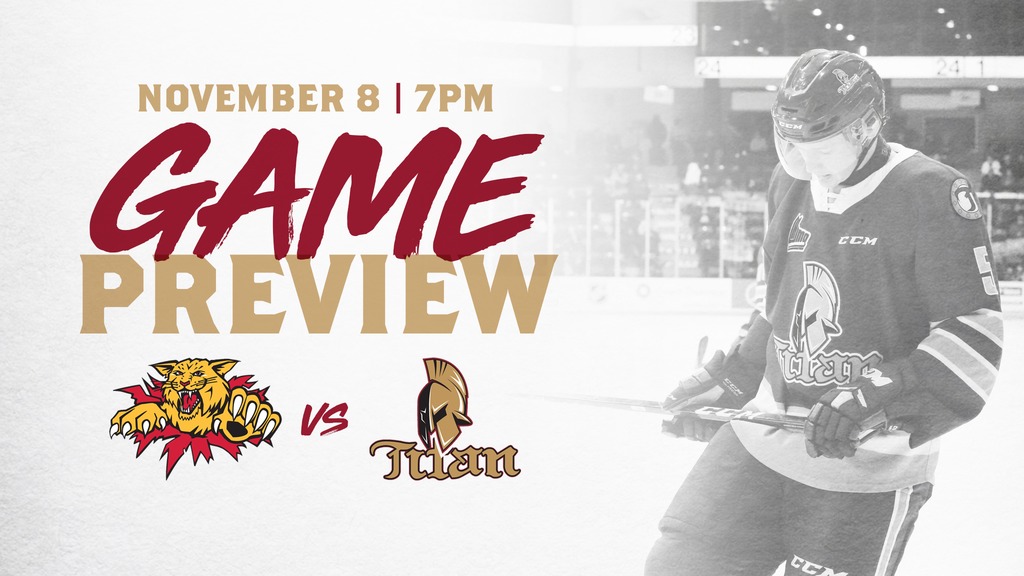 BATHURST – Here are five things you need to know ahead of Friday night’s game against the Moncton Wildcats at the K.C. Irving Regional Centre.

1. The Titan begin their second three-in-three of the season tonight when they battle the Moncton Wildcats on home ice. Despite being 0-3 against Moncton this season, Acadie-Bathurst came very close to victory in two of those contests, both of which were 6-5 losses in extra time. They’ll also play the Wildcats again Sunday afternoon at the Avenir Centre.

2. Newly acquired 20-year-old forward Remy Anglehart will make his Titan debut tonight. The Port-Daniel, Quebec product came over from the Drummondville Voltigeurs in a trade on Monday for a fourth round pick in 2022. In 17 games this season, Anglehart has nine goals and four assists for 13 points and a +2 rating. He’ll wear #23.

3. Acadie-Bathurst will also welcome captain Shawn Element back into the lineup tonight. The 19-year-old participated in the CIBC Canada-Russia Series earlier this week as part of Team QMJHL.

4. While two players jump into the lineup, one comes out. Forward Liam Leonard was ejected from the teams previous game for “removing an opponents helmet” during a fight and as a result will have to serve an automatic one-game suspension.