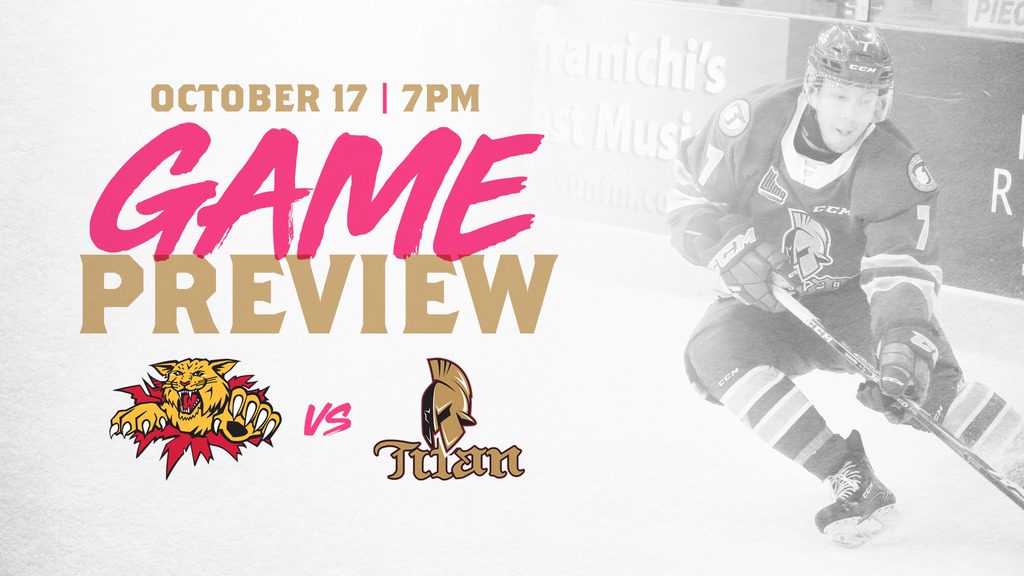 BATHURST – Here are five things you need to know ahead of Friday night’s game against the Moncton Wildcats at the K.C. Irving Regional Centre.

1. It’s Rivalry Weekend in the Quebec Major Junior Hockey League and tonight is the start of a home-and-home series between the Titan and the Moncton Wildcats. Acadie-Bathurst is coming off a 2-1 shootout loss last night to Saint John while Moncton’s last game was also against the Saint John when they picked up a 9-0 win on Sunday.

2. Shawn Element continued his strong start to the season last night with another goal, the Titan’s only goal in regulation time. The 19-year-old now has four goals and 10 points in nine games.

3. The Titan penalty killing units were busy last night but they were up for the task holding Saint John to just one powerplay goal in six attempts. On the season Acadie-Bathurst is at 76.2% when down a man. A tough task awaits tonight as the Wildcats come into action with the league’s second best powerplay at 35.1%.

4. Rookie forward Cole Huckins was the only Titan to score in the shootout last night beating Zachary Bouthillier with a nifty back-hand deke. It was the Fredericton natives first career shootout attempt and he certainly did not look out of place.

5. It is Pink in the Rink night at the K.C. Irving Regional Centre tonight. Game-worn jerseys will be up for auction and the first 1000 fans into the building will receive a Pink in the Rink rally towel. Puck drops at 7pm. Tickets are available at the box office or online.