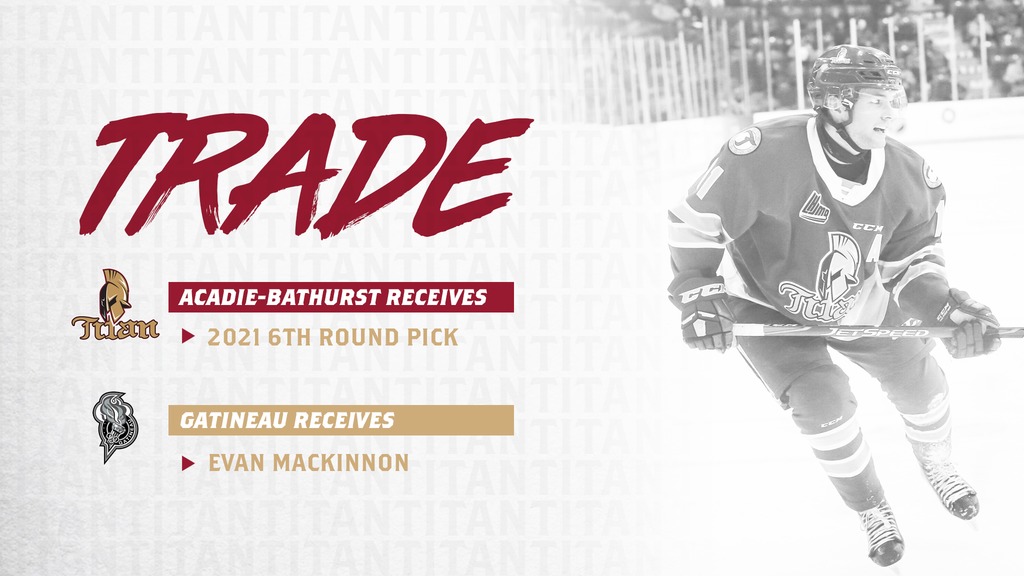 BATHURST – The Acadie-Bathurst Titan announced today that they have traded forward Evan MacKinnon to the Gatineau Olympiques in exchange for a 2021 sixth round pick.

MacKinnon, a 19-year-old from Sackville, Nova Scotia, is in his second season with the Titan after being acquired from the Sherbrooke Phoenix. The five-foot-10, 173-pound forward has 13 points in 35 games this season.