Looking back at the 2019 Draft 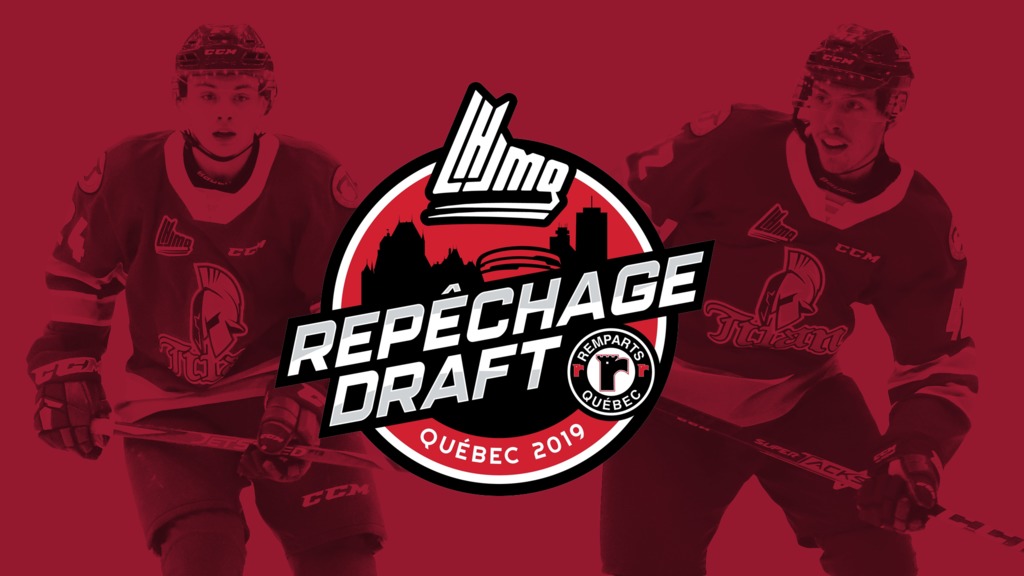 With the 2020 Quebec Major Junior Hockey League Entry Draft set for this weekend we’ve decided to take a look back at how our 2019 draft choices performed during the 2019-2020 season. A total of 12 players were selected by the Titan at the Videotron Centre in Quebec City on June 8th, 2019 with three of them cracking the opening night roster.

The team’s first selection, 11th overall, was forward Riley Kidney from the Cole Harbour Wolfpack. Kidney finished his rookie season in the QMJHL with five goals and 28 assists for 33 points in 58 games. Those 28 helpers placed him in a tie for seventh among rookies in that department. The East Hants, Nova Scotia product also suited up for Team Canada White at the World Under-17 Hockey Challenge in November where he totalled five points in six games.

Forward Cole Huckins from Stanstead College was drafted with the Titan’s second pick of the first round, 16th overall. The six-foot-four, 192-pound centerman also earned a spot on the 2019-20 roster and put together a solid rookie season with 38 points in 64 games. Huckins finished 12th in QMJHL rookie scoring.

After a trade with the Chicoutimi Sagueneens to land the first pick of the second round, 19th overall, the Titan selected forward Tristan Roy from the Magog Cantonniers. Roy began the season with the Titan appearing in 18 games before returning to Magog in the Quebec Midget AAA Hockey League where he picked up 23 points in 21 games. Roy also had eight points in five playoff contests.

Later in the second round the Titan added defenceman Zach Biggar from the Kensington Wild 27th overall. After a lengthy stay with the team in training camp, Biggar was reassigned to the Summerside Western Capitals of the MHL where he would play big minutes and continue his development. The Portage, Prince Edward Island product finished his first junior hockey season as the leading scorer among rookie defencemen with 42 points in 47 games. Biggar also ranked third among all rookies.

In the third round, the Titan selected Levis Chevaliers forward Dylan Champagne with the 45th pick. The St-Honoré-de-Shenley, Quebec native had 14 goals and 20 assists for 34 points in 42 games during his second season in the Quebec Midget AAA Hockey League. The teams next pick was in the fifth round, 73rd overall as they nabbed forward Josh Nadeau of the Fredericton Caps. Despite being listed at five-foot-seven, 146-pounds, Nadeau is a highly-skilled winger and his second season in the NB/PEI Major Midget Hockey League showed that as he put up 56 points in 35 games to finish second in league scoring.

The Titan chose to add some local talent with their sixth and seventh round selections as they picked up goaltender Pierre-Vincent Guignard 94th overall and defenceman Marc-Andre Gaudet 109th overall. Guignard, of Pointe-Alexandre, New Brunswick, joined the Northern Moose of the NB/PEI Major Midget Hockey League this season where he posted a 3.82 goals-against-average and a .893 save percentage in 22 games. Gaudet, who also played for the Moose this past season, finished with 25 points in 32 games. The St-Ignace, New Brunswick native was named the league’s Top Defenceman and also earned a spot on the First All-Star Team.

With their eighth round pick, 127th overall, the Titan went back to the Magog Cantonniers as they added forward Julien Bourget. The five-foot-eight, 141-pound centerman was the Cantonnier’s second leading scorer with 43 points in 42 games this past season. Bourget also added seven points in five playoff games. Next, another Sherbrooke, Quebec product joined the organization with the selection of Alex-Antoine Yargeau in the 10th round, 163rd overall. After spending the 2018-19 season with the Triolet Harfangs Midget Espoir program, Yargeau joined Bourget and Roy with the Cantonniers this season where he registered 29 points in 39 games.

In the 11th round the Titan selected American forward Logan Nickerson from Elite Hockey Program with pick #181. Nickerson returned to EHP this season as the captain of the U16 team and recorded 27 points in 34 games. He was named an AYHL U16 All-Star. Capping off the 2019 draft the Titan took Saint John Vito’s defenceman MacLaren Dick 199th overall. The six-foot tall, 161-pound defenceman returned to the Vito’s for another season where he totalled 19 points in 35 games. Dick also suited up for one game with the MHL’s Campbellton Tigers.

Focus now shifts to the 2020 QMJHL Draft which begins tomorrow, June 5th, at 7:30pm atlantic time. The first round will be streamed live on the QMJHL YouTube channel while rounds 2-14 will take place on Saturday, June 6th and can be followed via the leagues website. Follow us on Facebook, Twitter, and Instagram for up-to-the minutes updates, information, and other content throughout the weekend.